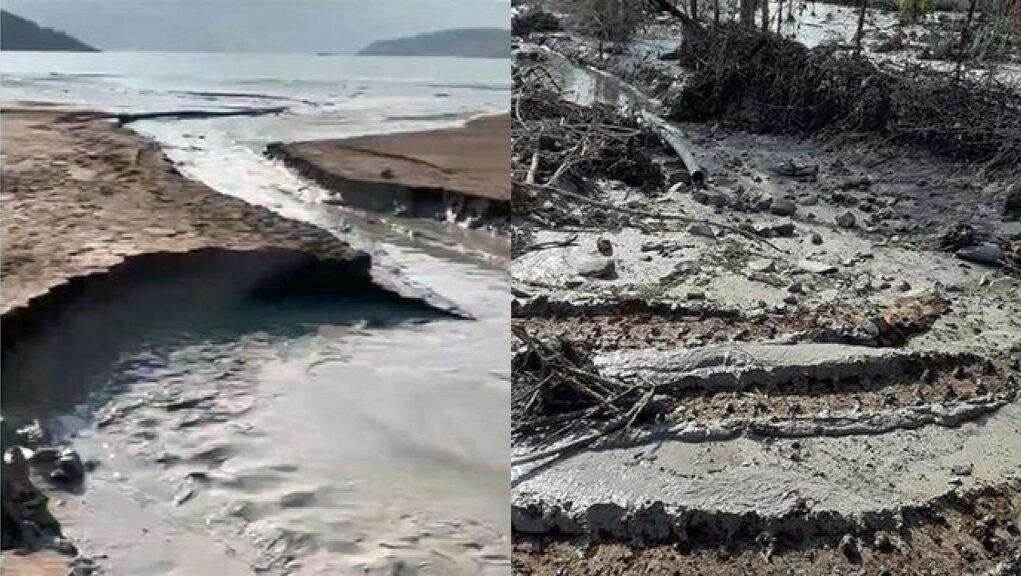 Leakage from a flotation pool used for storing poisonous waste at a mining facility in Giresun continues to worry environmentalists, voicing their concerns on social media, Turkish media reported on Wednesday.

A pool used for the flotation of poisonous wastes containing most notably cyanide at a mining facility run by Nesko Madencilik A.Ş., in the Şebinkarahisar district of Turkey’s northern province of Giresun, collapsed on Nov. 18, contaminating the surrounding area.

The scale of the damage done to the environment in the vicinity turned out to be catastrophic as individuals and organizations focused on the disaster.

The Turkish Foundation for Combating Soil Erosion (TEMA), a nongovernmental organization promoting reforestation and the protection of natural habitats, released a video on social media on Nov. 30 depicting the environmental accident and conveying the views of the locals.

TEMA’s video presents a bird’s eye view of the area affected by the catastrophe, providing relevant information about the accident.

According to the video, the poisonous water flowed into the Kelkit Valley, carrying chemicals and heavy metals into the rivers and turning huge swathes of agricultural land into a barren wasteland.

“The poisonous waste that made it into the reservoir will affect several square kilometers of land …” it states, adding, “The sheer size of the disaster has yet to be assessed.”

“Now, they call it a leak. A leak! No, it is a full-fledged environmental disaster. The entire pool drained off, contaminating the reservoir. The seepage continued all through the night,” a villager says in the video.

The villager adds that their gardens and arable land were destroyed and that they won’t be able to grow any produce for the next 10 years.

Twitter user Sinan Elver likened it to the Chernobyl accident in terms of the scale of environmental damage caused.

“An environmental disaster that occurred in Şebinkarahisar, Giresun, on November 18, 2021 has been virtually kept hidden from the Turkish and world public although it is similar to Chernobyl in scale. The barrier at a mining facility run by Nesko Madencilik A.Ş. collapsed and 4,500 tons of leach residue (lead, [zinc], copper) +” Elver tweeted.

Although the Ministry of Environment, Urbanization and Climate Change said the highest fine applicable had been applied and the mining facility was shut down, the environmentalists question if a fine of some TL 12 million ($876,000) would be enough to redress the damage caused by the accident.