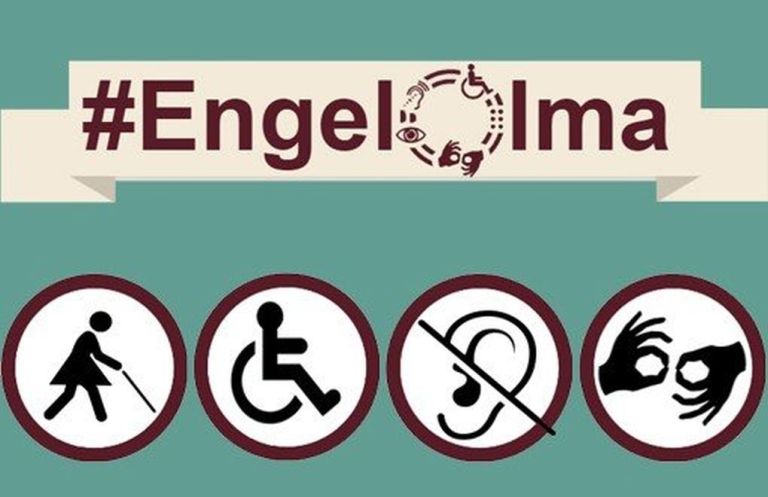 A recent study published by the Peoples’ Democratic Party (HDP) has revealed that disabled people are among the most discriminated against in Turkey, the Stockholm Center for Freedom reported.

The report, titled “Discriminatory Expressions Targeting Disabled People,” is based on surveys and qualitative research. It points out that women are at a double disadvantage due to their gender and disabilities.

Journalist Aynur Tekin confirmed in an article that women are among the most vulnerable groups with disabilities, saying they are condemned to low-paying jobs. Women constitute 57 percent of the disabled population and increasingly pursue advanced degrees. However, they often have trouble finding a job that matches their qualifications and level of education.

In 2014 the Turkish government introduced a quota system to ensure that businesses employ a mandatory number of people with disabilities. Experts believe this is a flawed policy as it does not address gender disparity and discrimination against women.

Most disabled women are paid much less than both able-bodied and disabled men.

In general these remarks imply that disabled people are needy and dependent and “not normal.” Many public expressions and remarks are directed as warnings to non-disabled people. “You could also be disabled some day”; “We are all candidates for a disability”; and “If you don’t respect and love those who are disabled, then one day you could end up disabled” are the most frequently used expressions.

Some political rhetoric, such as “A healthy brain can only be in a healthy body,” was found to be discriminatory based on disability and outdated. This is a Turkish proverb coined by Turkey’s founding father Mustafa Kemal Atatürk that is often used in speeches. Experts believe the saying should no longer be used as it implies that able-bodied people are superior.

Many disabilities such as autism, learning disabilities, blindness and mental illness are also used as insults, creating the impression that neurodiverse people are “lesser humans” and are the subject of ridicule.

According to the report disability is often seen as a “tragedy,” and disabled people are often told to be patient in the hope that the condition will disappear one day.

About 8.5 million people in Turkey have mental or physical disabilities. According to reports, many of those people are marginalized as a result of social attitudes and official policies.