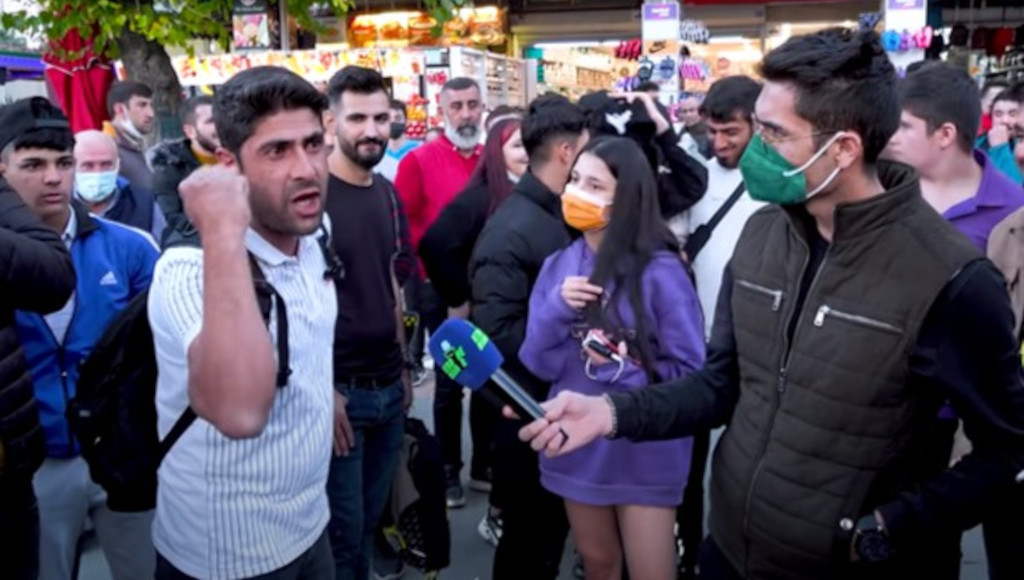 Hasan Köksoy, a YouTube journalist, was arrested by a Turkish court on Wednesday due to an interview he broadcast three days ago, the Stockholm Center for Freedom reported, citing Turkish media.

Köksoy, who owns a YouTube channel called “Kendine Muhabir” (Correspondent to Himself) with 141,000 subscribers, tweeted that he spent the night in detention due to the interview and appeared before a prosecutor.

“The prosecutor sent me to court, requesting my arrest,” Köksoy said. “[I heard that] the person who I interviewed was arrested.”

In the interview an unidentified man says the government has been using the people for years. “They filled their pockets, stomachs, houses, shoeboxes and planes, all the while talking about foreign powers, conspiracies of the United States,” he said “Enough of this. Damn those who stole the bread of this people. … We need a revolution. We need to rise up!”

A crowd is seen in the video cheering his words. “If you’re afraid, you’ll be the one who’s next [to be arrested]. Turks will be in line, Kurds too,” he says. “You shouldn’t be afraid. You shouldn’t keep silent. So long as you keep silent, they will continue stealing.”

He then goes on to say that Turkish President Recep Tayyip Erdoğan, his ally Nationalist Movement Party (MHP) leader Devlet Bahçeli and Interior Minister Süleyman Soylu are the chiefs of the thieves.

“They can take us to the police station, they can arrest us, but we won’t be shut up,” the man adds.

Köksoy’s lawyer, Ömer Furkan Dağ, announced his client’s arrest on Twitter. “Of course we are going to exercise our legal rights,” he said. “But the public should know that this ruling is not legal, but political.”

The Turkish government has been trying to keep the press under control by imprisoning journalists, eliminating media outlets, overseeing the purchase of media brands by pro-government conglomerates and using regulatory authorities to exert financial pressure.

Following the state-led takeover of the mainstream media, social media platforms as well as online news sites remain among the last bastions of critical journalism in Turkey. YouTube journalism has been particularly popular, with many young journalists conducting street interviews around the country asking people their opinions on popular topics.