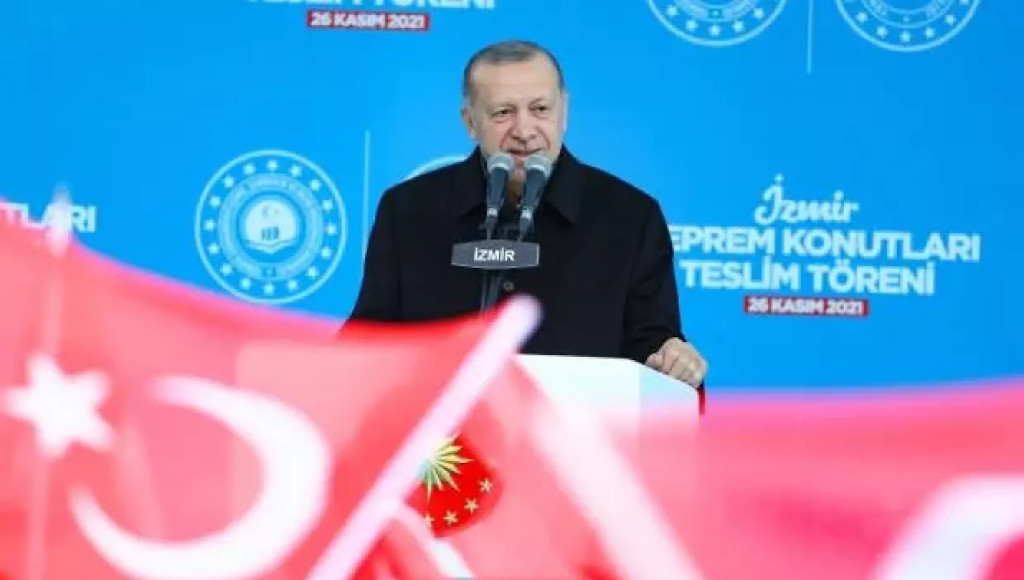 Turkish President Recep Tayyip Erdoğan has claimed that people in many places, especially in Europe and the US, wait for assistance for months after a natural disaster takes place, local media reported on Friday.

Erdoğan was speaking at a ceremony on Friday for the handing over of homes and shops built for victims of a magnitude 6.6 earthquake that shook the western province of İzmir on October 30, 2020, leaving 115 people dead and injuring over 1,000, more than a year after the disaster struck.

“Turkey has the world’s fastest, most effective and practical earthquake response system. We know that after disasters in many places, especially in Europe and the US, people wait for a helping hand for months,” the president said, without citing any evidence.

“From the first moment of the earthquake, we, as the state and the government, have been there for our citizens. … We not only shared the pain of [the people of] İzmir, but also took steps to solve their problems. … We have alleviated the pain of lost lives and destroyed homes without causing them additional troubles,” Erdoğan added.

The claim was met with surprise and ridicule on social media.

In one of the country’s worst earthquakes, more than 17,000 people were killed in August 1999 when a 7.6 magnitude temblor struck the western city of İzmit, 90 kilometers (55 miles) southeast of İstanbul, rendering half a million İstanbul residents homeless.

The ruling Justice and Development Party (AKP) attracted widespread criticism, especially from the opposition politicians, due to a poor response to 299 wildfires that erupted in 54 provinces of Turkey between July 28 and August 12, and the catastrophic flooding caused by a series of thunderstorms that began on August 7 and continued until the 14th in the country’s north.

Eighty-one people died and 228 more were injured in the floods, while the wildfires claimed the lives of nine people and thousands of farm animals, in addition to destroying large swathes of forestland.

The government, which came under fire over the lack of firefighting planes, was also criticized for starting a disaster relief campaign in a response to the floods and using donations instead of taxpayer money.