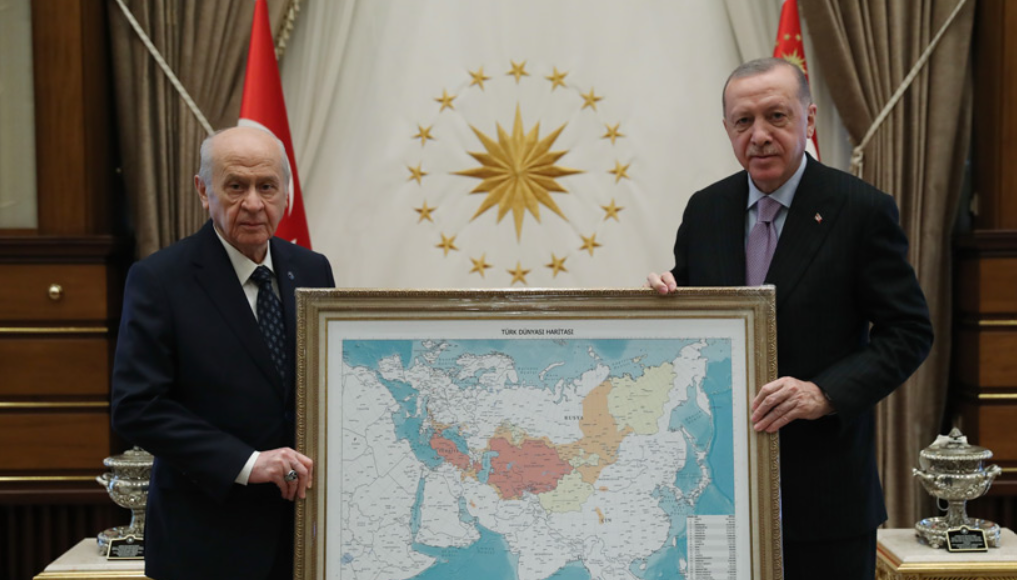 “Our Turkish partners cherish the idea of Turkic unity, and that’s normal. But the only thing I regret is that this map doesn’t have a big red star in the center of the Turkic world. And this center is located not in Turkey but in Russian territory, in Altai,” he said in an interview with Rossiya-1, according to TASS.

Altai “is a sacred place for any Turk because it is where they originated. You can take it from me as a Turkologist,” Peskov said.

Peskov graduated from the Institute of Asian and African Countries at Moscow State University, specializing in history and eastern studies. He joined the Russian Foreign Ministry and was appointed to the Russian Embassy in Turkey in 1990 and worked there as an administrative assistant, attaché and third secretary until 1994.

Earlier this week Bahçeli presented Erdoğan with a map of the Turkic world that included Russia’s southern regions and the bulk of Siberia including the Altai Republic.