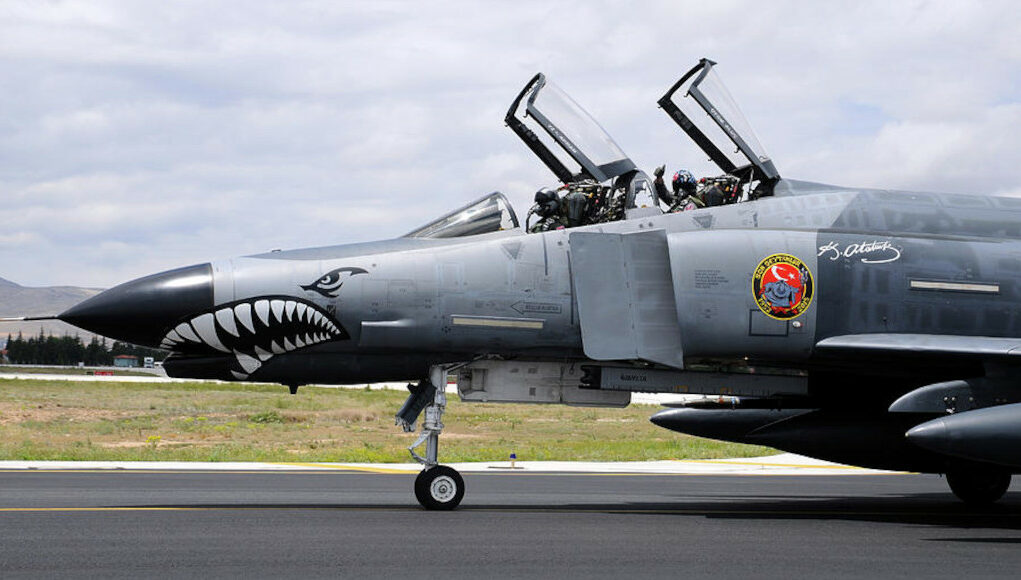 Turkey’s defense minister has revealed a plan to postpone the phasing out of the country’s aging F-4 fighter jets to compensate for the country’s removal from the F-35 Joint Strike Fighter program, the Cumhuriyet daily reported on Thursday.

Defense Minister Hulusi Akar on Tuesday provided information on the short and medium-term plans devised by the Turkish Air Force (TAF) after Turkey’s removal from the F-35 program, as he was briefing the parliamentary Planning and Budgeting Committee on his ministry’s proposed 2022 budget.

In response to a question from opposition lawmakers, Akar said the F-4s will be used by the TAF until the end of 2030.

“With the current modernization projects, F-16 fighter jets can also be used for many years to come,” Akar added.

Despite warnings from the United States and other NATO allies, Turkish President Recep Tayyip Erdoğan brokered a deal worth $2.5 billion with Russian President Vladimir Putin for the S-400 missile system in 2017.

Turkey started taking delivery of the first S-400s in July 2019 despite Washington’s warnings and the threat of US sanctions. In response, Washington removed Turkey from the F-35 Joint Strike Fighter program, in which Ankara was a manufacturer and a buyer.

Under the TAF’s long-term plan, which had relied heavily on the F-35s and Turkey’s indigenous aircraft under the TF-X program, the F-4s would be phased out upon the arrival of the F-35s in the early 2020s, and the first batch of F-16s would be decommissioned with the production of the first TF-Xs in the early 2030s.

Turkey has been using the F-4, developed by the McDonnell Douglas as a third generation fighter and interceptor, since 1974. Under an agreement with Israel, 54 F-4s were modernized in 1997 and were codenamed F-4E Terminator 2020. Turkey currently has more than 30 F-4E Terminator 2020s in use.

Although many countries including the US, the UK, and Germany have stopped using the F-4, Turkey, like Greece, continues to fly them.

Erdoğan said on October 17 that Ankara wants to buy the cheaper F-16s using the $1.4 billion it allotted for the cancelled F-35 deal.

However, 41 US lawmakers earlier this month wrote a letter to Secretary of State Antony Blinken opposing US plans to sell Turkey F-16s and dozens of modernization kits for its existing warplanes.

Turkish and US delegations have been holding talks to resolve remaining issues from the F-35 program, but no progress has been made so far regarding Turkey’s request for additional F-16s and modernization kits.