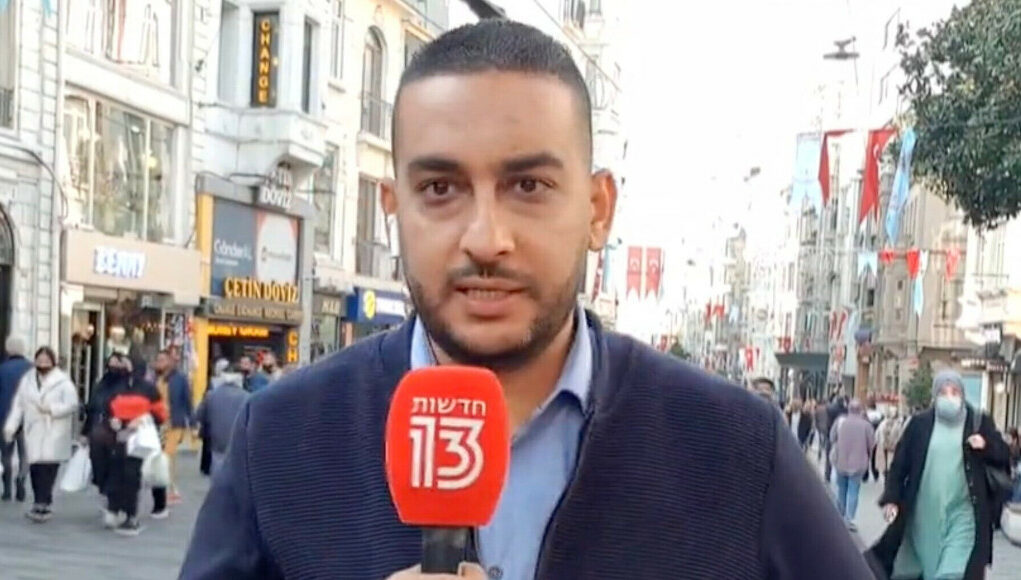 Israeli journalist Ali Mograbi was detained on Monday on air in İstanbul while covering an Israeli couple held in custody by Turkish authorities, the Stockholm Center for Freedom reported, citing the Times of Israel.

When Mograbi started a live broadcast in the street, policemen told him to stop. They then took him and made sure he had deleted all the photos he had taken before releasing him and telling him not to leave his hotel, Mograbi said.

Turkish authorities detained Natalie and Mordi Oknin last Thursday for photographing President Recep Tayyip Erdoğan’s residence in Üsküdar. The two insist they did not know it was illegal to do so.

The couple reportedly visited a restaurant atop Çamlıca Tower and took photographs of the surrounding buildings, including the Turkish president’s residence, from the tower’s windows.

A staff member at the tower informed the police, claiming he heard the couple talk about photographing Erdoğan’s house. The couple was subsequently taken into custody by the counterterrorism branch of the İstanbul Police Department.

Turkey, one of the world’s biggest jailers of professional journalists, has also gone after foreign reporters in an ever-escalating crackdown on freedom of the press and freedom of expression.

The country ranked 153rd among 180 countries in terms of press freedom, according to Reporters Without Borders (RSF). According to the Stockholm Center for Freedom’s (SCF) “Jailed and Wanted Journalists in Turkey” database, 172 journalists are behind bars in Turkey and 167 are wanted and either in exile or at large.

A SCF report, titled “The Clampdown on Foreign Journalists in Turkey,” explained in detail how reporters from other countries face serious obstacles in Turkey that at times suggest a deliberate, systematic and calibrated policy by the government is, in fact, being implemented.