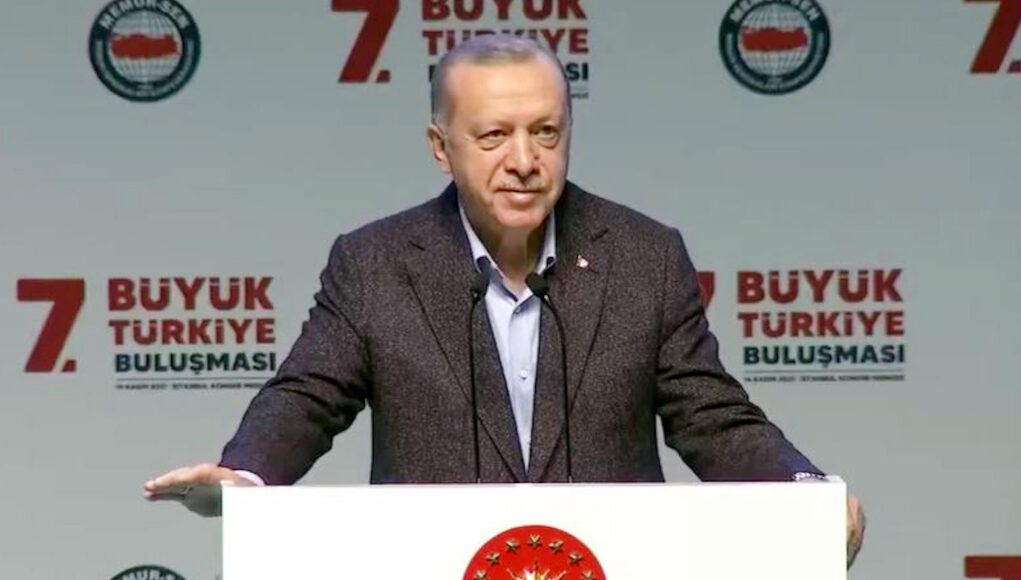 Turkish President Recep Tayyip Erdoğan slammed opposition criticism of his ruling party’s management of the economy, saying they wrote the book on economy and continue to do so despite the record depreciation of the Turkish lira.

“With God’s help, we wrote the book on economy and continue to do so,” Erdoğan said, claiming full knowledge of the intricacies of the functioning of the country’s economy, while speaking at an event organized by a pro-government trade union on Sunday.

Erdoğan’s remarks come at a time of growing criticism of his ruling Justice and Development Party (AKP) due to its management of the country’s economy. The Turkish lira, which has weakened by more than a quarter so far this year, dropped to an all-time low of 10 to the dollar on Friday.

The lira, the worst performer in emerging markets again this year, has shed two-thirds of its value in five years, eating into the incomes of Turks along with double-digit inflation.

Turkey’s annual inflation rate rose to its highest in more than 2-1/2 years in October, according to the Turkish Statistical Institute (TurkStat) while the country’s unemployment rate stood at 11.5 percent in September. Unofficial data put the figures much higher.