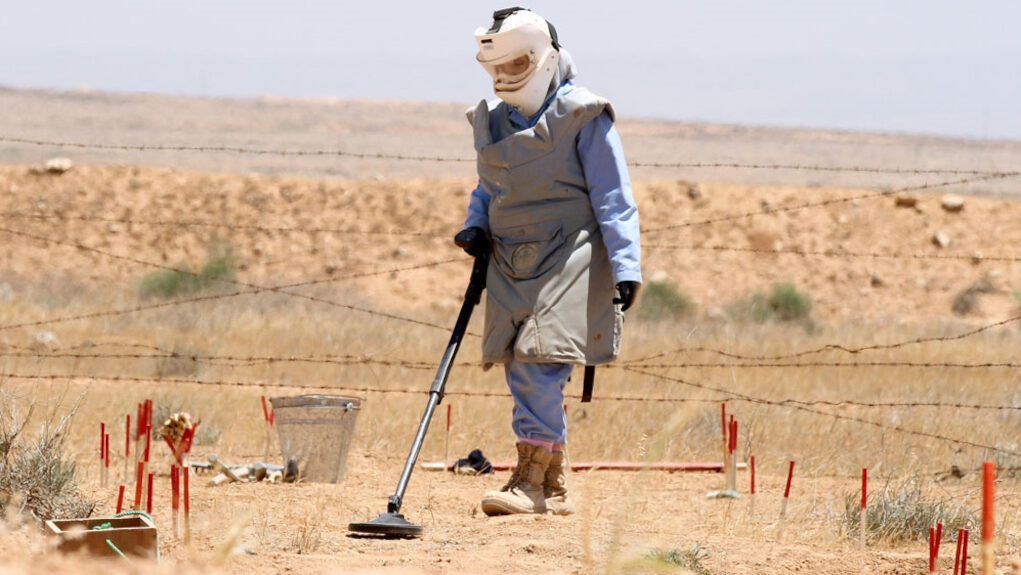 A recent report by an international advocacy group against landmines has revealed that there were 24 casualties of landmines and explosive remnants of war (ERW) in 2020 in Turkey, Deutsche Welle Turkish service reported on Thursday.

Globally, at least 7,073 casualties of mines and ERW were reported in 2020, according to the Landmine Monitor 2021 report released on Wednesday by the Landmine and Cluster Munition Monitor, which provides research and monitoring for the International Campaign to Ban Landmines (ICBL) and the Cluster Munition Coalition (CMC).

The report shows how civilians remain the primary victims of these indiscriminate weapons as they accounted for 80 percent of all casualties whose status was recorded in 2020.

The highest number of casualties (2,729) was recorded in Syria, a state not party to the Mine Ban Treaty, followed by Afghanistan (1,474).

According to the report, massive antipersonnel mine contamination, defined by the monitor as more than 100 square kilometers, exists in nine countries, including Turkey.

Turkey was among seven countries that requested extensions to their clearance deadlines in 2021. The requests will be considered at the 19th Meeting of States Parties in November.

1997 Nobel Peace Prize co-laureate ICBL called on the international community to step up its efforts for the clearance of landmines.

The Mine Ban Treaty, or the Convention on the Prohibition of the Use, Stockpiling, Production and Transfer of Anti-Personnel Mines and on their Destruction, aims to eliminate anti-personnel landmines around the world.