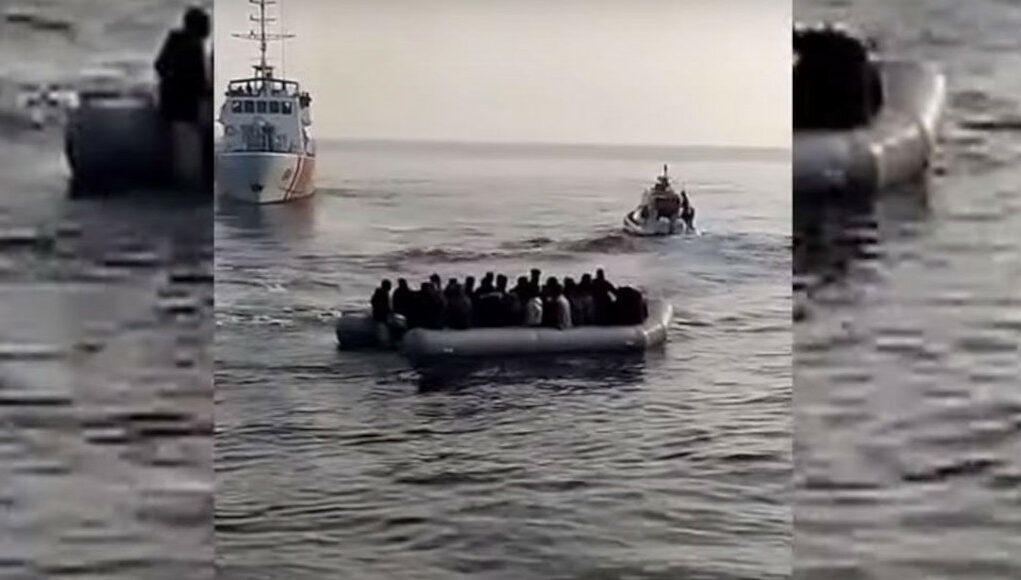 Greece accused Turkey on Tuesday of acting like a “pirate” in waters between the two regional rivals, claiming that its coast guard escorted and attempted to push into Greek waters a boat of migrants who were trying to illegally reach Greece, the Stockholm Center for Freedom reported, citing The Associated Press.

The Greek coast guard posted a video of a large Turkish patrol vessel and what seems to be a smaller one beside an inflatable dinghy containing dozens of people.

According to a statement by the Hellenic Coast Guard, the Turkish vessels accompanied the migrant boat off the Greek Aegean island of Lesbos (Midilli in Turkish), which is near Turkey’s coast, early Tuesday. The statement said Greek coast guard vessels at the scene prevented the dinghy’s entry, and the Turkish coast guard boats eventually picked up the migrants after initially refusing to do so.

“(The video) shows, beyond any doubt, the clear attempts by Turkish coast guard craft, using dangerous maneuvers, to direct the dinghy that they are escorting towards Greek territorial waters so that they could illegally enter,” the statement said.

Greece’s minister for maritime affairs and insular policy, Yiannis Plakiotakis, said Turkey “once again, behaved like a pirate-state in the Aegean.”

Thousands of people fleeing conflict or poverty in the Middle East, Africa and Asia try to enter Greece every year from Turkey. Under a 2016 agreement with the European Union, Turkey committed to stemming the flow of migrants.

But Greece has repeatedly accused Turkey of encouraging and facilitating the attempted crossings.

Turkey, in turn, accuses Greece — which has stepped up its border patrols — of illegally sending back migrants who make it into its territory.

“The European Union must exert much greater pressure on Turkey to comply with its international obligations,” Plakiotakis said. “Greece will continue to protect its marine borders with determination, respect for international law and giving priority to the protection of human life.”