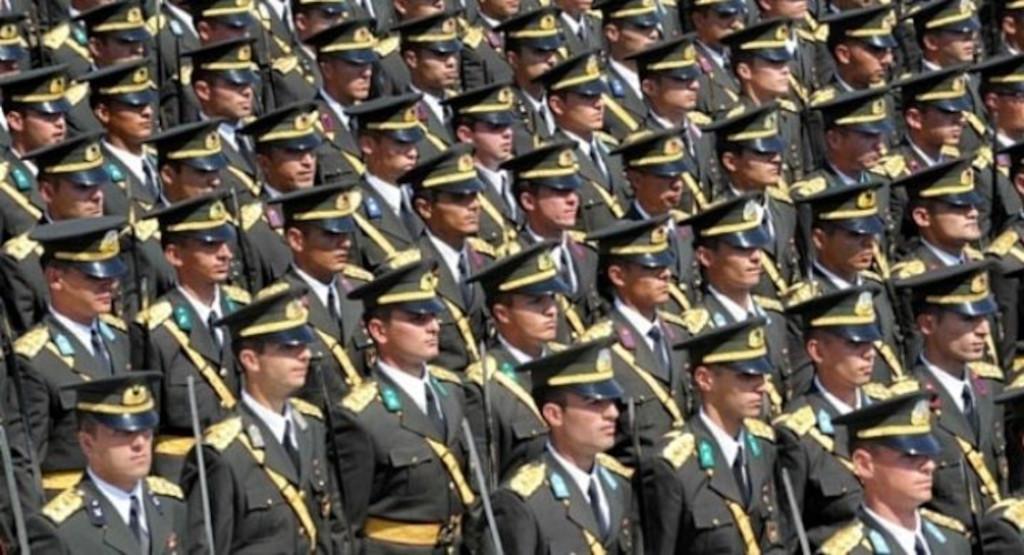 A total of 24,082 military members have been dismissed from the Turkish Armed Forces (TSK) in a post-coup purge that started after an abortive putsch in July 2016, with huge security implications for the country, Bold Medya reported on Wednesday.

According to data from the Defense Ministry, 150 generals were dismissed from the TSK while investigations into 1,380 members of the military are currently underway.

Turkey experienced a military coup attempt on the night of July 15, 2016 which, according to many was a false flag aimed at entrenching the authoritarian rule of President Recep Tayyip Erdoğan by rooting out dissidents and shaping powerful actors such as the military in his desire for absolute power.

The failed coup killed 251 people and wounded more than a thousand others. The next morning, after announcing the coup had been suppressed, the Turkish government immediately started a wide-ranging purge of military officers, judges, police officers, teachers and other government officials that ultimately led to the dismissal of more than 130,000 civil servants from their jobs.

Security experts believe the dismissals have created huge security gaps for the military, particularly for the air and naval forces. The Turkish Air Command has had difficulty compensating for the loss of some 600 pilots in dismissals, and many retired pilots were asked to return to service. Likewise, the Turkish Naval Command had to appoint people without proper qualifications to many positions.

The reduction in the TSK membership through dismissals is significant, particularly considering the fact that the armies of many countries, such as Albania, Bosnia and Herzegovina, Ireland, Norway, Latvia, Turkmenistan and New Zealand, have fewer members than the total number of dismissed TSK members.

Most of the purges were made using FETOMETER (FETÖMETRE in Turkish), a software developed by the Naval Forces Command to root out followers of the Gülen movement based on 79 main and 290 secondary criteria.

At the night of the abortive putsch, President Erdoğan immediately blamed the Gülen movement for the attempt. He has been targeting followers of the movement, a faith-based group inspired by Turkish cleric Fethullah Gülen, since the corruption investigations of December 17-25, 2013, which implicated then-Prime Minister Erdoğan, his family members and his inner circle.

Erdoğan intensified the crackdown on the movement following the coup attempt. Gülen and the movement strongly deny involvement in the abortive putsch or any terrorist activity.