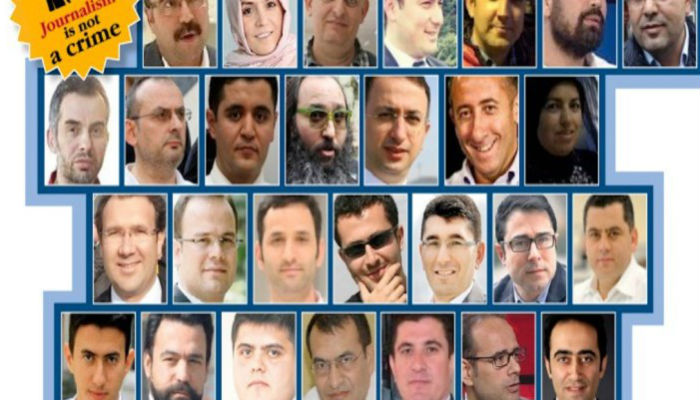 A high criminal court in İstanbul on Tuesday decided to remove judicial supervision measures imposed on seven journalists who are being retried due to their alleged links to the Gülen movement, accused by the Turkish government of masterminding a failed coup in 2016.

Judicial supervision measures include a travel ban and regularly checking in at a police station.

The journalists had been convicted of membership in the Gülen movement and sentenced to prison. The Supreme Court of Appeals said the defendants’ actions did not constitute sufficient evidence to prove their affiliation with the group.

The high court in its decision also said the journalists’ publications cannot be viewed as simple journalism, either, and that they constitute the crime of deliberately aiding and abetting the movement without having membership in it.

Journalists Ünal Tanık, Gökçe Fırat Çulhaoğlu, Yakup Çetin, Ahmet Memiş, Yetkin Yıldız, Cemal Azmi Kalyoncu and Ali Akkuş attended the hearing with their lawyers, while journalist and ex-pop singer Atilla Taş was not in attendance. Judicial supervision measures imposed on Taş continued because he did not deliver a defense statement to the court. Taş’s lawyer demanded his client’s acquittal based on a decision from the European Court of Human Rights, which ruled in January that the 14-month pre-trial detention of Taş on account of tweets and articles written by him, was unlawful and arbitrary.

The rights court unanimously ruled that there had been a violation of the European Convention on Human Rights’ Article 5 § 1 on the right to liberty and security as well as a violation of Article 10, which concerns freedom of expression, in Taş’s case.

The journalists, who worked for media outlets affiliated with the Gülen movement, were arrested after a 2016 coup attempt for which Turkish authorities blamed the movement, although it strongly denies any involvement.

The journalists’ tweets and news reports were presented as evidence in the indictment.

There were initially 25 defendants in the trial.