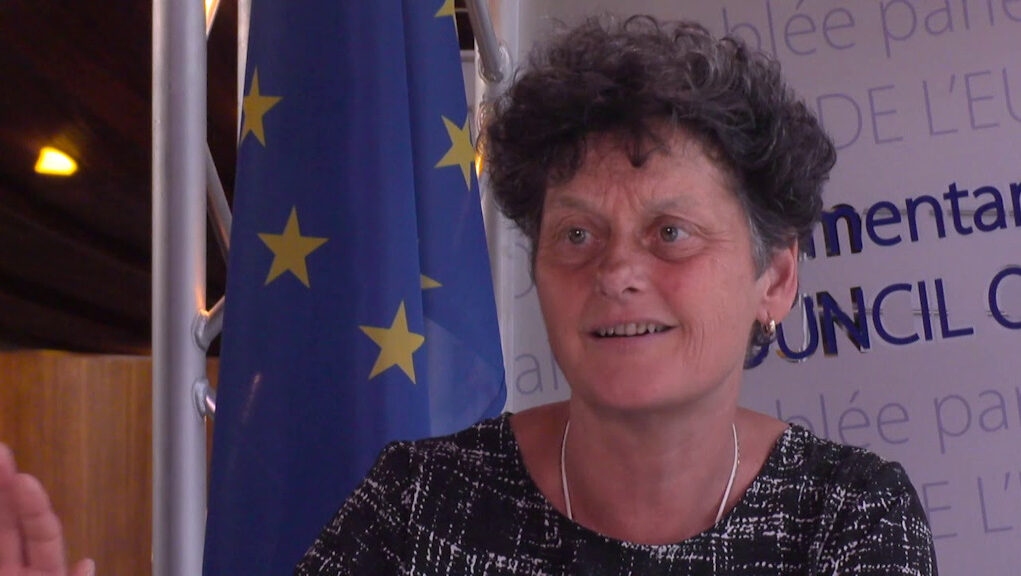 Member of the European Parliament Tineke Strik said in an interview with the Stockholm Center for Freedom that Turkey cannot be considered a safe country for migrants and asylum seekers.

“The biggest problem concerning Turkey is that it is not bound by the refugee convention when it comes to non-European refugees,” she said.

Strik’s focus in her work as an MEP is on migration and asylum policies, citizenship and the rule of law. A thread through all of these policy fields is the protection of EU values and fundamental rights. Some of her priorities are ensuring that Member States and EU agencies, such as Frontex, respect basic human rights including the right to asylum and the principle of non-refoulement at the EU’s external borders; ensuring that the European Union respects its own values and human rights standards when engaging in external action; pushing for respect for the rule of law by EU Member States and ensuring that basic rights such as citizens’ access to an independent judiciary, equal treatment and minority rights are respected and promoted.

At the moment, what do you believe is the greatest threat facing migrants trying to cross into Europe?

Migrants face in particular the risk of pushback, more specifically at our external borders like Greece, Spain, Belarus, the Balkans, etc. If you are traveling from the Mediterranean you face the risk of interception and being pulled back by the Libyan coast guard. If you manage to arrive in Greece, you face the risk of being pushed back even if you are deep in the country. If people have arrived from Turkey and applied for asylum, their asylum claim can be declared inadmissible because Turkey is regarded as a safe country. This is also very problematic, especially concerning Syrian refugees but also for other nationalities for two reasons. First, there is no readmission to Turkey so people end up in a legal limbo. Second, although for Syrians there is a temporary protection program in Turkey, asylum seekers of other nationalities really rely on an asylum system in Turkey that is not effectively in place.

In a blog post in August, you said Turkey cannot be considered a safe country for refugees. Can you elaborate?

There are certain criteria in international law on what can be considered a safe third country. The biggest problem concerning Turkey is that it is not bound by the refugee convention when it comes to non-European refugees. So what Syrian refugees are offered is a temporary protection program, and we really need to take into account how this works. Do they have sufficient means to live? Do they have sufficient access to the labor market? Are they sufficiently protected [from refoulement], and are there good policies for their integration? Regarding the sustainable protection of refugees, I have heard worrying accounts of people being forced to sign voluntary return documents and then being sent back to Syria. We, of course, do not know if they really volunteered to return or not.

The EU-Turkey deal does not say anything about whether Turkey is a safe third country. Yes, the EU offers money to Turkey, and in exchange Turkey has promised to keep migrants in the country. Turkey took the asylum procedure from UNHCR three years ago, and what I hear is that there are a lot of deficiencies in the asylum process. There is a long waiting time, and people are faced with many hurdles in applying for asylum. They are sent to satellite cities where they need to have a large number of official documents — which they mostly don’t have — in order to be registered and in order to launch an asylum claim, and these hurdles should not be there in an asylum system. This can render it impossible for people to ask for asylum. In the meantime, they are not protected against refoulement because they are categorically perceived as irregular migrants. Afghan asylum seekers, for whom [Turkish president] Erdoğan has said repeatedly they would not take responsibility, but also people from Iran and Iraq, really need an individual assessment of their asylum claims, and I don’t think this is guaranteed by the Turkish authorities right now.

The EU is trying to strike another deal with Turkey. Turkey already said it will not accept a deal that only included financial support. If it were to happen, what do you think the implications of such a deal would be and how would it impact migrants trying to reach safety?

The Turkish government has refused to readmit people since March of last year. My impression is that there are fewer efforts to prevent refugees from departing Turkey. I think that can change as a result of this new financial contribution that may be given. What I find problematic is that at the same time there are no conditions made by the EU on how refugees should be treated or what rights and reception conditions they should be offered. So the deal is really about giving money in exchange for other benefits for Turkey, like the customs union, etc. But I don’t see a lot of thought put into the reception and integration possibilities for migrants and refugees. Migrants’ access to the labor market is extremely limited, and this really puts them at the risk of exploitation. The level of poverty is very high. So I think these are some of the points that the EU should include in their negotiations with Turkey.

Do you think Europe has been effective in protecting the well-being of refugees in Turkey other than providing financial aid?

Most of the money has gone to international organizations to support refugees, and the distribution of that money has been mainly to Syrian refugees and not other groups. I think Syrian children have benefited from this money in terms of access to education and being integrated into social welfare programs. So yes, there have been some improvements, but that is not enough to request all migrants be kept in Turkey.

Turkish human rights organizations have documented cases where refugees have been tortured, beaten and abducted at the eastern and western borders by Turkish authorities. Is the EU taking any tangible steps to investigate these incidents? Is there an awareness about the violence taking place at Turkey’s borders other than pushbacks?

I am as concerned as I was [when I started the signature campaign]. The European Commission says it is aware of the violence and that UNHCR has access to deportation centers and that any act of violence or unlawful deportation will be taken seriously. But I really do not have the feeling that anything to prevent such incidents has been done. This is why I stress the need for having an independent monitoring system. Because I think if the EU is cooperating with Turkey on migrants, and if they are thinking about prolonging this cooperation, they should know very well the human rights dimension of matters. The EU should at least know how the human rights conditions are in Turkey, so that they think about improving them in the negotiations. Otherwise, the EU may indirectly facilitate human rights violations such as pushbacks. This, of course, is very serious.

Can you give us some information on the situation of women and children who are trying to reach Europe? What are the conditions under which they make those journeys? Are they at least spared from pushbacks?

I hear that a lot of women and children are also victims of pushback. I don’t think the Greek authorities are exempting women and children from pushback. When I visited Samos in May, I talked to a Palestinian woman with two small children. She was very frightened because she was part of a larger group that had managed to reach Greece after being pushed back several times. She managed to hide when officers came and put the others in a boat and sent them back to Turkey. So, my answer is no, I do not think women and children are spared.

Apart from actual violence towards refugees at the borders, politicians have expressed anti-immigrant views in Turkey. How do you interpret such increasingly visible anti-immigrant moves? Do you think there is a lack of accountability concerning how Turkey treats its immigrant/refugee populations?

If you look at Turkey’s current economic situation and the number of refugees it is hosting, I can imagine it is not unexpected that there is increasing anti-migrant sentiment. I don’t know to what extent Erdoğan is also fueling this sentiment. I imagine he has the power to make people see matters in a more reasonable manner and say that they as a nation have the responsibility to help those people in need of safety. But of course, Turkey is hosting a great number of refugees, and then there is the question of whether this is only Turkey’s responsibility.

I think Europe should also be held accountable if as a result of the EU-Turkey deal the rights of refugees are violated. At the same time, Turkey is still obliged to comply with the standards set by international law. Even if Turkey has not ratified the refugee convention, there is still the international law forbidding refoulement and the European Convention on Human Rights [ECHR], which also clearly forbids refoulement and sets the boundaries of human rights. I don’t know which articles of the ECHR are being violated by Turkey, but any such action should be a concern for the EU, and the EU should take precautions against it because these violations indicate that Turkey is not a very reliable partner when it comes to human rights. I mean we already knew this to a certain extent.

As a politician who devotes a lot of energy to raising awareness of the plight of refugees, what do you think a fairer asylum policy would look like?

Responsibility sharing among EU member states and at a global level is the most important thing. Only then, I think, is it possible to offer a decent and dignified reception to refugees and a quick but careful asylum application process. Because the responsibility is not shared equally means there is heavy pressure on a few countries, creating problems in the asylum system. Europe really has good standards, but these standards are not fully achieved. The European Commission is not really enforcing these standards; therefore, we are missing the chance to improve our asylum policy. When responsibility is divided more equally, I think the responsibility of more vulnerable refugee groups can be taken over by wealthier states. I also think a global refugee fund could be established so poor and fragile countries could rely on sustainable funding necessary to ensure an effective integration policy and a better future for refugees.