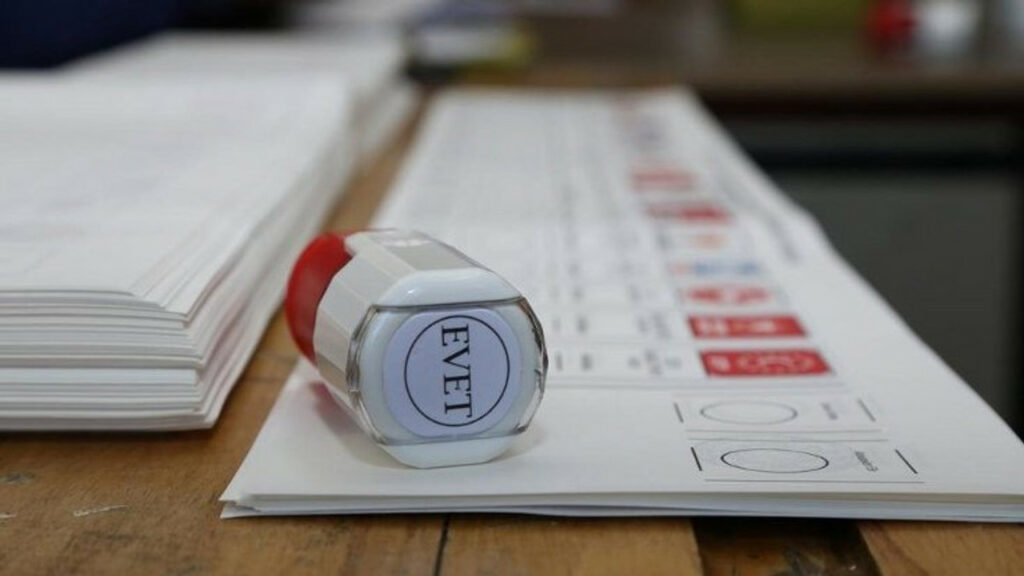 According to the results of a recent opinion poll, 49.8 percent of voters said Turkish President Recep Tayyip Erdoğan will not win another presidential election, with only 44.1 percent saying he will, the Gazete Duvar news website reported.

Özer Sencar, the owner of MetroPOLL, on Sunday tweeted the results of his company’s monthly “The Pulse of Turkey” survey for September.

When asked “Do you think Erdoğan would win a presidential race to be held this Sunday?” 16.4 percent of respondents said, “He will definitely win,” with 27.6 percent saying, “He will win,” making it a total of 44.1 percent in favor of Erdoğan. This rate was 55.4 percent in August.

On the other hand, 37.5 percent of respondents said “He will not win” another race and another 12.3 percent said, “He will certainly not win,” making it 49.8 percent against Erdoğan’s reelection, 10.5 points up from 39.1 percent in August.

Of the respondents, 6.1 percent said they had no idea or didn’t respond.

Erdoğan was first elected president in 2014 and was reelected in 2018 for a five-year term. The next presidential election is slated for 2023.