States, individuals must be held accountable for torture and ill-treatment: UN report 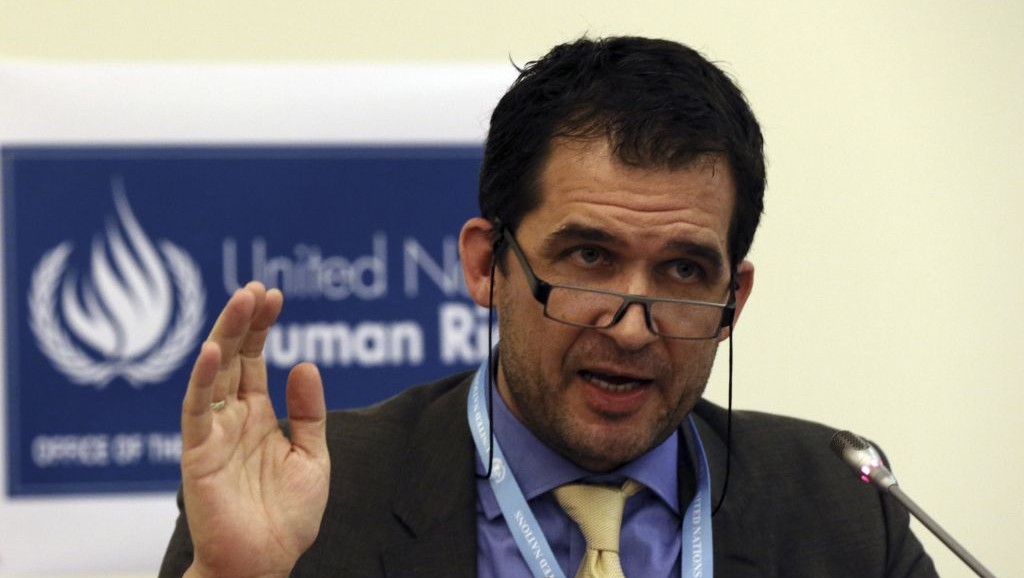 US warns Turkey against disrupting anti-ISIL mission in Syria

Failing to take measures to ensure accountability for torture and ill-treatment gives rise to legal responsibilities of not only states but also individuals under international criminal law, a UN report has underlined, the Stockholm Center for Freedom reported on Thursday.

In a report submitted to the UN General Assembly, Nils Melzer, UN special rapporteur on torture and inhumane treatment, pointed out that widespread or systematic breaches of the prohibition against torture and ill-treatment “not only engage the legal responsibility of States but may also give rise to individual criminal responsibility for crimes against humanity and war crimes before international and national courts.”

Widespread failure to hold perpetrators, whether officials or non-state actors, accountable can create a prevailing sense that torture is largely tolerated, the UN report said.

Presenting the report in New York on Tuesday, Melzer told  the UN General Assembly that there is a worldwide accountability gap for torture and ill-treatment.

“As a result, the vast majority of those responsible for perpetrating, instigating, consenting or acquiescing to torture or ill-treatment are never held to account,” Melzer said. “This generalized attitude of denial and trivialization not only betrays millions of individual victims and their families but, more generally, profoundly damages the credibility of states’ commitment to the entire international system of human rights protection.”

Accountability for torture and ill-treatment are a prerequisite for ensuring justice, reconciliation, the rule of law and the prevention of future violations, Melzer said.

“… today torture and ill-treatment continue to be practised with almost complete impunity throughout the world,” the UN report said, adding that “Accountability for torture or ill-treatment signifies the holding to account of individuals, public authorities or the State itself as an entity, as well as corporations, organizations and other collective bodies, in respect of any act or omission that may engage their responsibility under the prohibition of torture and ill-treatment.”

According to the UN report, the widespread lack of accountability goes hand-in-hand with systemic injustice and is conducive to oppressive, exploitative and arbitrary rule.