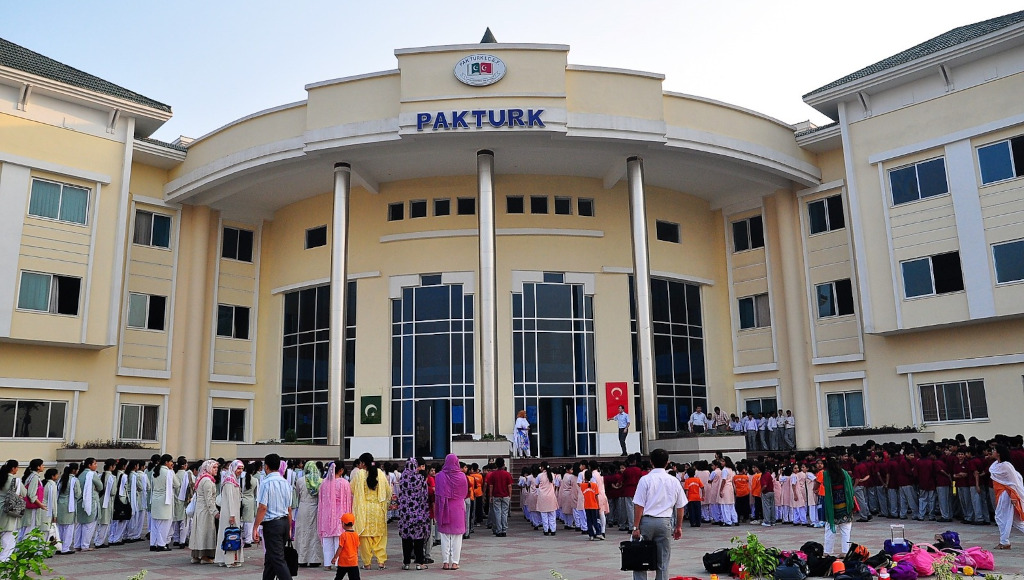 Representatives of Turkish schools in Pakistan have filed a petition with the Pakistani Interior Ministry contesting the transfer of their schools to a Turkish government-run foundation, marking the first step in their legal battle, the Tr724 news website reported on Monday.

A group of representatives of the private PakTurk International Schools and Colleges (PakTurk) demanded in their petition that the schools be removed from the list of banned institutions in Pakistan and restored to their rightful owners.

The group received help from London Advocacy (LA), which advises victims of human rights violations on how to fight their cases in court and in the media.

In December 2018 the PakTurk schools, run by volunteers affiliated with the Gülen movement, were listed as “institutions supporting terrorism” by the Pakistani government due to pressure from Turkish President Recep Tayyip Erdoğan. The Pak Turk International Çağ Educational Foundation (ICEF), which was running the schools, was transferred to the Turkish government-run Maarif Foundation.

Erdoğan has been targeting followers of the Gülen movement, inspired by Turkish Muslim cleric Fethullah Gülen, since the corruption investigations of December 17-25, 2013, which implicated then-Prime Minister Erdoğan, his family members, and his inner circle.

Dismissing the investigations as a Gülenist coup and conspiracy against his government, Erdoğan designated the movement as a terrorist organization and began to target its members. He intensified the crackdown on the movement following an abortive putsch in July 2016.

The representatives, consisting of former teachers and executives of the PakTurk schools, also launched a website as well as a donation campaign on GoFundMe to secure funds for their legal battle and to reach out to a broader audience.

Going live on Monday, the donation campaign is expected to raise £30,000 for various projects.

Murat Ercan, a former school administrator, said their appeal was a bit delayed due to official procedures but that they are ready to pursue their fight in the face of a negative response from the ministry and to elevate it to the highest legal authorities in Pakistan.

Noting that looking for a legal solution to politically motivated decisions wouldn’t be enough, Ercan indicated that they have launched a website and opened a YouTube channel and social media accounts in an effort to raise international awareness of their struggle.

“We are planning to implement the projects mentioned on our website by the end of 2022,” Ercan said, adding that they need support from former workers and stakeholders of the PakTurk schools.

As part of these projects, the group is planning to file cases with the High Court and Supreme Court of Pakistan, publish books based on material collected on the website, organize social media campaigns, create a short documentary and organize panel discussions and conferences.