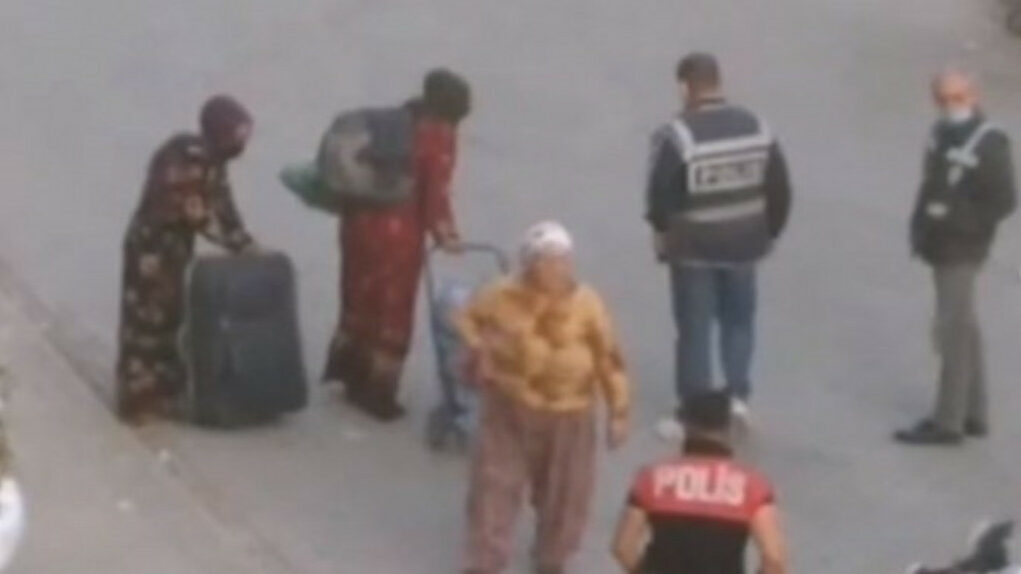 A large number of Syrian residents in İzmir’s Cumhuriyet neighborhood left their homes after tensions increased following the alleged murder of 17-year-old Batuhan Barlak by a 20-year-old Syrian refugee on September 29, the Stockholm Center for Freedom reported, citing local media.

According to reports Syrians have been leaving the neighborhood since a mob attacked their homes and shops on September 30 and set one house on fire.

Atatekin Doğan, the neighborhood representative, said 120 Syrian families were registered in the neighborhood before the attacks but that more than 600 were actually living there. “Most of them started to leave a couple of days ago to stay with relatives in other neighborhoods and cities,” he said.

Doğan added that the small number of Syrians who had remained were too scared to leave their homes. He also said the police were present while the Syrians were moving out and that the district governor’s office was aware of their departure.

Eleven people were detained after the attacks, seven of whom were later arrested for damaging property and inciting hatred among the public.

This is the second large-scale attack targeting Syrians in the last two months.

A group of locals attacked houses, workplaces and cars owned by Syrian refugees in Ankara’s Altındağ district in August.

The incident took place following reports that a Syrian refugee stabbed two Turkish men in a fight. A large number of people then headed to a neighborhood where Syrian refugees reside.

The Turkish Interior Ministry ordered the demolition of buildings lived in by Syrians in the same district after the attacks, saying the buildings were built without permits.

Hate crimes against refugees and migrants, who are blamed for many of Turkey’s social and economic troubles, have been escalating in recent years.

Tanju Özcan, the mayor of Bolu province from the CHP, recently said an additional water and solid waste tax 10 times the normal tax would be imposed on refugees living in Bolu.

The Interior Ministry previously said Syrian refugees living in Ankara but registered in different cities would be sent back to those cities. The buildings inhabited by those refugees would be emptied and inspections would be carried out on their businesses to determine if they were legal.