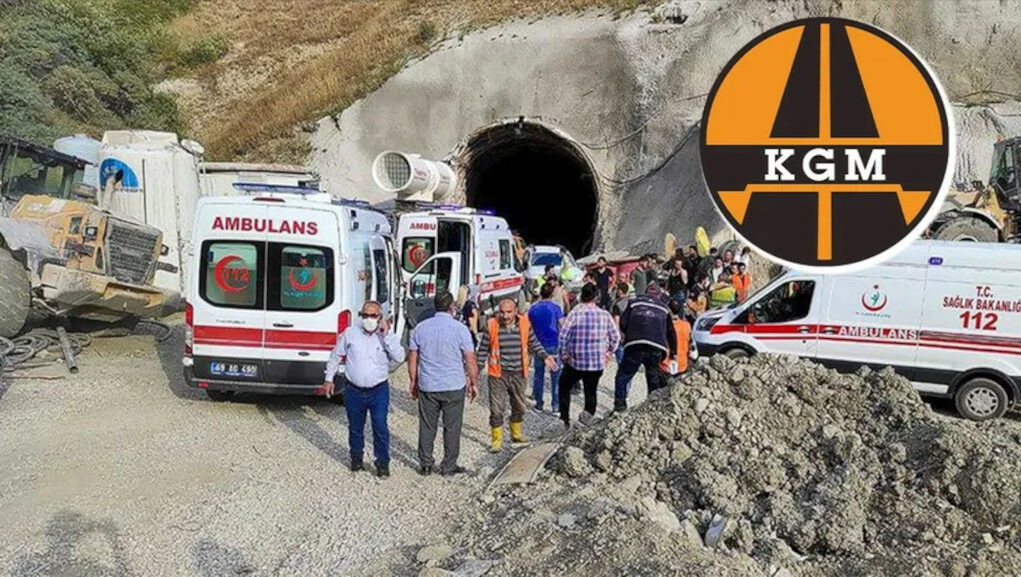 The Turkish Court of Accounts said an incident on September 24, 2020 in which an explosion took place in a mountain tunnel under construction, resulting in the death of 11 workers, had been covered up by authorities, the Stockholm Center for Freedom reported on Wednesday, citing the Duvar news website.

According to the court the tunnel collapsed due to an explosion that was caused by a gas leak. The Transport and Infrastructure Ministry had first detected a gas leak in 2016 and recommended a monitoring system for gas levels.

However the Bayburt Group, a construction contractor known for its connections to the Turkish government and the ruling Justice and Development Party (AKP), ignored the recommendations. Another report issued in 2017 indicated that gas levels inside the tunnel had reached dangerous levels and that there was a lack of air circulation to ensure proper ventilation.

The Court of Accounts found the ministry partly responsible for not terminating its contract with Bayburt after seeing the problem had not been remedied. The ministry had also failed to report that the company had failed to meet safety standards.

The court also found the company had forged documents and made it appear that a ventilation system purchased five days after the accident had been brought prior to it.

People have been suffering from lax work safety standards for decades in Turkey, where workplace accidents are nearly a daily occurrence. In the worst work-related accident in the country’s history, 301 miners lost their lives in an explosion in Manisa’s Soma district in May 2014.

According to a report released in November by Sezgin Tanrıkulu, a human rights activist and lawmaker for the main opposition Republican People’s Party (CHP), at least 25,716 work-related fatalities have taken place in Turkey since the Justice and Development Party (AKP) came to power in 2002.