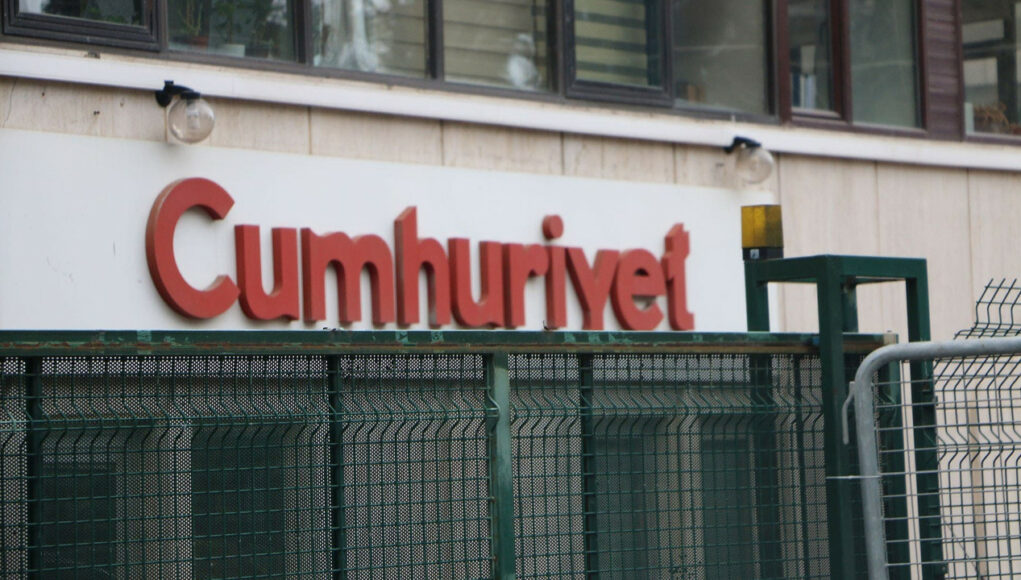 Turkey’s Press Advertising Agency (BİK), the state body responsible for regulating publicly funded advertisements in the media, has imposed a record number of advertising bans on the Cumhuriyet daily in the last two years, the Stockholm Center for Freedom reported, citing the newspaper.

According to Aykut Küçükkaya, who writes a column for Cumhuriyet, BİK imposed 129 days of advertising bans in the last two years, mainly for news reports criticizing the government. “We were recently notified of a 74-day advertising ban for reporting on unauthorized construction carried out on land rented by presidential communications director Fahrettin Altun,” Küçükkaya said.

The property was leased to Altun for 10 years by the Directorate General of Foundations. According to BİK, Cumhuriyet’s report did not represent the truth and contained nothing of interest to the general public.

Altun is also responsible for BİK’s operations, and the ban was the second time the daily has been penalized for the same news.

Cumhuriyet first reported on April 14, 2020, that construction on Altun’s land was halted by the police after complaints about illegal construction. A gazebo and outdoor fireplace were removed by municipal workers. A 55-day-ban was later imposed on Cumhuriyet for reporting on the incident.

A few months later in November it published the same news, saying the newspaper would not bow to such oppression.

According to Turkish media reports citing a blog post by media ombudsman Faruk Bildirici, BİK issued a total of 803 days of advertising bans in 2020. The state body last year imposed 88 percent of its advertising bans on BirGün, Sözcü, Cumhuriyet, Korkusuz and Evrensel, all newspapers critical of the Turkish government.