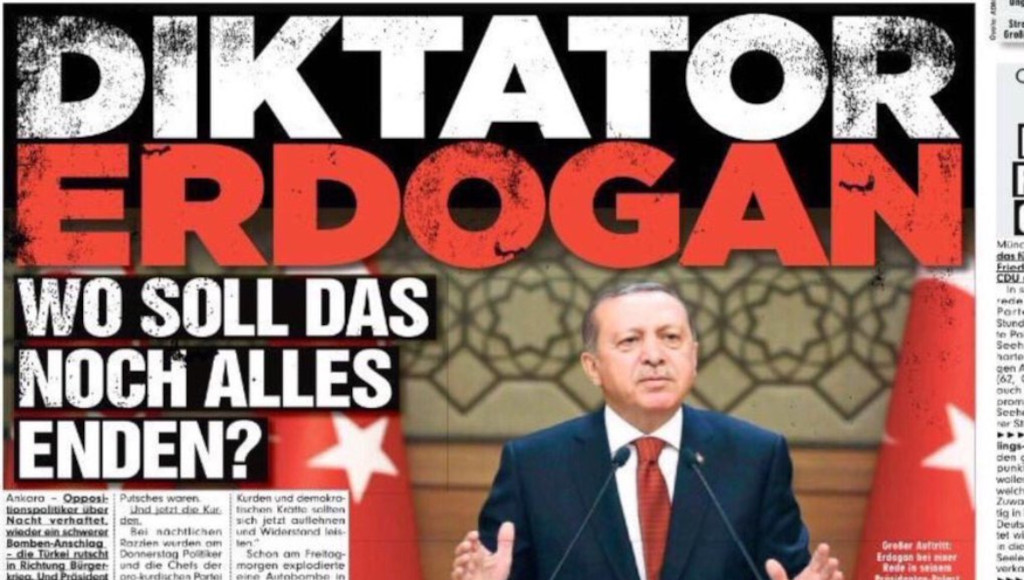 A Turkish court has convicted a man of insulting Turkish President Recep Tayyip Erdoğan by posting a news story on social media by the German Bild daily that called Erdoğan a dictator, handing down a suspended sentence of one year, three months to him, the Mezopotamya news agency reported on Monday.

Bild’s original story was covered by many other news websites, and no access ban on those sites were introduced at the time.

In his defense at a court in southeastern Turkey, Tekiner said he did not have a social media account and that the account containing the post might have been opened by his children or grandchildren.

Citing judgments by the European Court of Human Rights (ECtHR), his lawyer Resul Tamur argued the post in question cannot taken as an insult, but as harsh criticism.

The court, however, handed down the suspended sentence.

Critics of Erdoğan argue that insult cases demonstrate efforts by Erdoğan and his Justice and Development Party (AKP) government to intimidate the public and opposition parties into not criticizing the government.

Insult cases generally originate from social media posts shared by Erdoğan opponents. The Turkish police and judiciary perceive even the most minor criticism of Erdoğan or his government as an insult.

Erdoğan has brought legal action on insult charges against 38,581 people during his time in office as president, according to a report released in August main opposition Republican People’s Party (CHP) Deputy Chairwoman Gülizar Biçer Karaca.