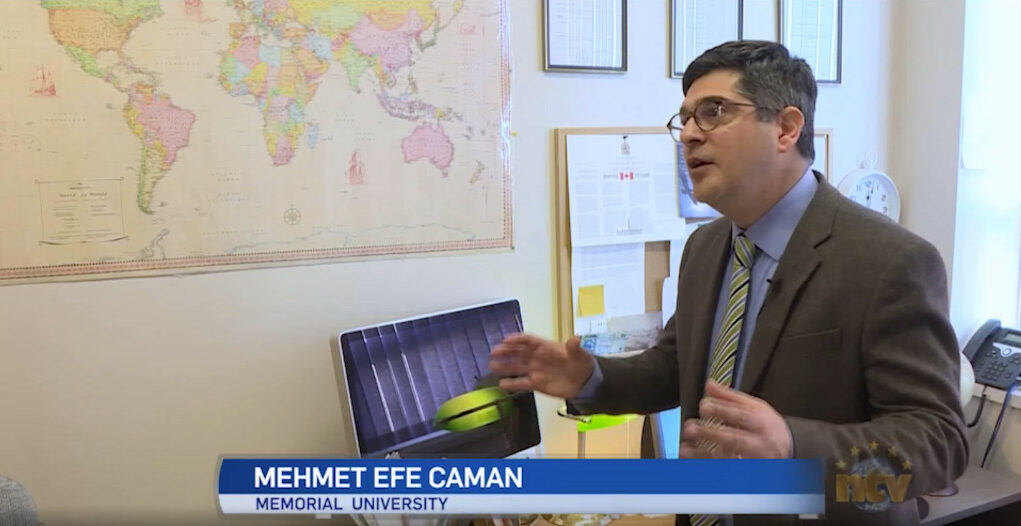 This is the second part of the interview with Dr. Mehmet Efe Çaman, who has been working at the Political Science Department of Memorial University of Newfoundland (MUN) since 2015 and was department head of the Political Science Department and dean of the School of Economics and Administrative Sciences of the Turkish-German University in Istanbul before immigrating to Canada. You can read the first part here.

Well then, what was/is the purpose of the “Turkish History”?

The purpose of the Turkish history thesis is to shed light on the Turkishness of Anatolia and to support with strong arguments the Turkish nation-state that will be established in Anatolia.

However, here’s the rub. First, tangible evidence about the Turks only dates back to the 11th century. Second, the historical and archeological traces of the civilizations that are far more ancient than the Turks in Anatolia leave no room for any kind of doubt and are also known by international social science circles. Third, the existence of the people who lived/live in recent history and today confutes the Turkish history thesis.

And lastly, the migration research that benefits from DNA research indicates that a very small percentage of Turcophones [people whose native language is Turkish] had any connection to people with Central Asian origins and that most of them had an ethnic composition predominantly of Greco-Roman and Anatolian [ancient Anatolian, Armenian, Turkish Greek, Assyrian, etc.] origins, and also Caucasian, Middle Eastern, Balkan or Eastern European origins to a lesser degree. The Central Asian origins of Turcophones are marginal.

The “genetic or ethnic Turkishness” concept imposed on the people by the Turkish history thesis does not reflect reality. This was the truth accepted by sensible local historians such as Halil İnalcık and others. Furthermore, Western Turcologists, historians and archeologists have been writing that the Turcophones in Anatolia are a mixture of Anatolian natives and immigrants from Central Asia.

“The Turkish history thesis does not reflect reality,” so is it a manipulation, or a fabrication?

The Turkish state is very much afraid of these scientific and historical facts since they undermine the credibility of its official historiography upon which today’s Turkish identity was constructed. Its core is based on the myth of the Central Asian origins of the Turks in Turkey – a racial-ethnic definition of nation.

This fabricated and manipulative history is the very foundation of the Turkish nation-state. Unfortunately, the founders of the Turkish Republic did not prefer a civic and inclusive national identity based on geography such as Anatolia.

This historiography and its identity were programmed to be hostile towards “others.” This is what we have to change. This must stop and be eliminated. We need an inclusive and peaceful civic identity based on Anatolia.

Is there a political party, movement, or initiative that can change the deep-seated “Turkish identity” and create a new one?

People in Turkey exist inside dual structures according to religious groups, tribes, groups of ideological beliefs and worldviews. Moral principles and standards that are binding on everyone cannot come to the fore in such environments. Furthermore, under these circumstances, the state cannot be reformed to become an objective and neutral organization.

In Turkey every political, ideological or religious group intends to “conquer” the state, namely, to become more influential in it through the employment of their cronies in state posts. This type of state will always be someone’s state and exclude others. In an excessively polarized society, this type of corruption prevents people’s adherence to ethics, or in other words, the universal “rules of the game” cannot be established.

Individuals do not care about being immoral towards the members of other groups since gaining the legitimacy of their groups serves as an adequate moral legitimacy. This situation forms the main dynamic of corruption.

How do you see the future? What is the solution for Turkey to be a democratic country?

This history cannot be based on aggrandizing or completely ignoring any ethnic group. The new history thesis should explain what happened, not what was supposed to happen according to somebody. I am talking about a perception of history that views the entire Anatolian history as our own.

We need a perception of history that is peaceful and egalitarian, that adopts the brotherhood of people apart from any kind of racism and covers 10,000 years of the history of Anatolia and emphasizes belongingness to Anatolia instead of an ethnic identity that is built on a Turkish-supremacist, racist and fascist history thesis that dignifies wars and conquests.

An inclusive history where all communities that have the same geography, culture, cuisine, folklore, archeology and above all, the same genes, are cherished and accepted as pieces that make us who we are without being neglected. Creating this history with a civil initiative is vital for future generations to live in peace.