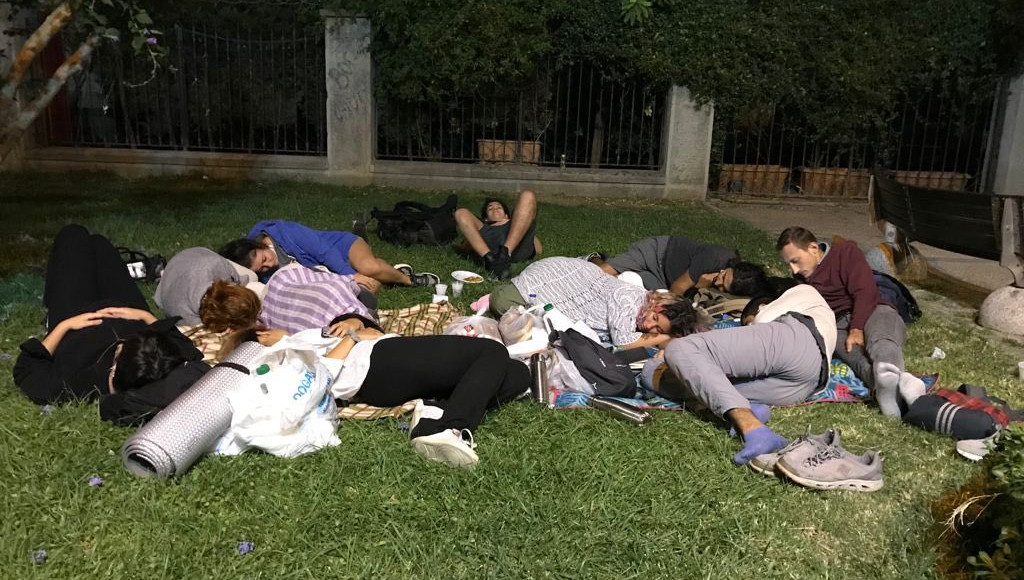 Six university students sleeping in a park in Eskişehir province to protest the high price of housing were detained by police on Wednesday evening, the Stockholm Center for Freedom reported, citing the Tr724 news website.

A group of university students calling themselves the “We Can’t Shelter” movement staged their first vigil in Yoğurtçu Park on Sunday night, sleeping outdoors in protest of high dormitory and rental prices. Since then, the protest has spread among university students in various cities.

Kemal Yılmaz, a member of the movement, previously told the Bianet news website that their demands were “to be able stay in quality dormitories without paying huge prices, or to stay in cheaper and larger houses or apartments by paying affordable rents and without compromising on quality of life.”

The students’ complaints, however, fell on deaf ears as President Recep Tayyip Erdoğan referred to them as “exaggerations.”

Commenting on the students’ demands before he flew to New York to attend the UN General Assembly, Erdoğan argued that his Justice and Development Party (AKP) has made investments that no other government has ever made in university dormitories.

“We currently have dormitories with a capacity of approximately 1 million beds,” Erdoğan said, proceeding to characterize news stories about the accommodation woes of university students as a smear campaign.