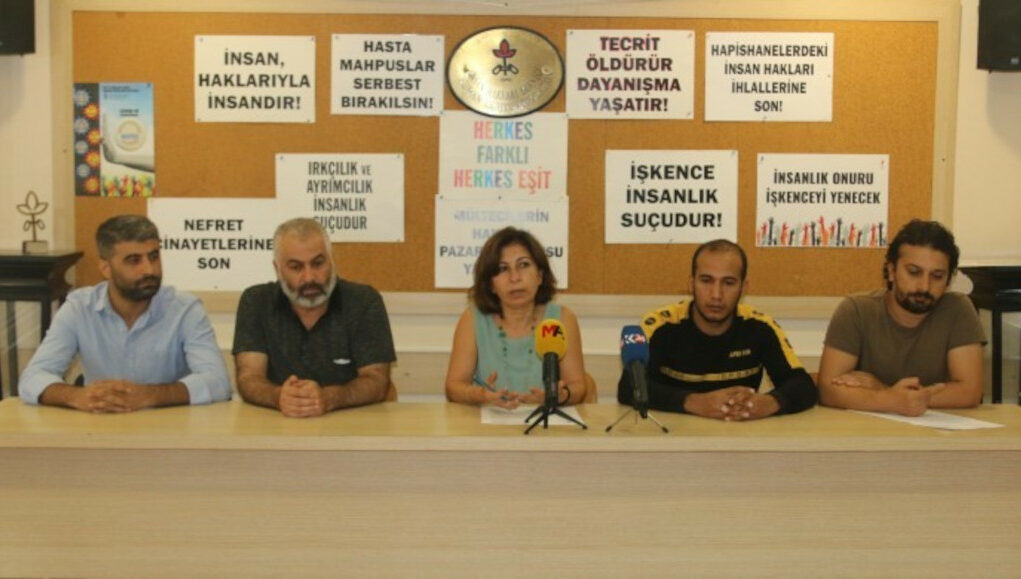 The families of some of more than 50 refugees who were thrown into the Evros River by Turkish gendarmes after they were pushed back by Greece called on authorities on Tuesday to find their relatives, the Stockholm Center for Freedom reported, citing the Mezopotamya news agency (MA).

Speaking at a press conference organized by the İstanbul branch of the Human Rights Association (İHD), Ali Ahmet İsmail, the father of Mohammet İsmail, who has not been heard from since the incident, said they have been suffering greatly since his son was lost and asked the authorities to help him find his son.

Fifty to 60 Syrian and Afghan refugees were reportedly thrown into the Evros River on the order of a gendarmerie commander after they were pushed back by Greece on August 24, according to eyewitness accounts.

A refugee who did not want to be named for security reasons said they wanted to cross to Greece together with Mohammet İsmail and five other people. “The gendarmes divided us into groups of five,” he said. “We lost contact with two people from the group that İsmail was in.”

In an interview with the Serbestiyet news website Sad El Delli, one of the migrants in the group, said the group crossed to the Greek side of the river at around 1:00 a.m. and were detained at around 3:00 a.m. by Greek security forces. They stayed in detention for approximately eight hours and then were pushed back to Turkey.

“After the Greek security forces pushed us back to Turkey at around 11:00 a.m., an officer separated the women from the group and said, ‘You’re free to go, you can return to İstanbul if you want’,” El Delli recounted. “Then he ordered the gendarmes to throw us into the river in groups of five.”

The survivors were able to make it to the Greek side again. Tired, hungry and thirsty they decided to head for a Greek security post. After staying there for four or five hours, they were again sent back to Turkey at around 10:00 p.m. and decided to go to İstanbul.

Gülseren Yoleri, the head of İHD’s İstanbul branch, said hate speech against refugees led to incidents like this. “Studies show that refugees under temporary protection in Turkey want to leave the country,” she said.

Vedat Çağrıtekin, a lawyer with the Lawyers Association for Freedom (ÖHD) who filed criminal charges over the incident, said the investigation into the incident is still going on. “In our meeting with the Disaster and Emergency Management Agency [AFAD], they said they couldn’t start a search without permission,” Çağrıtekin said. “Therefore, we applied to the Edirne Governor’s Office and got stuck there. We want the search to be started.”

Çağrıtekin added that they would follow the case until those responsible are held accountable.