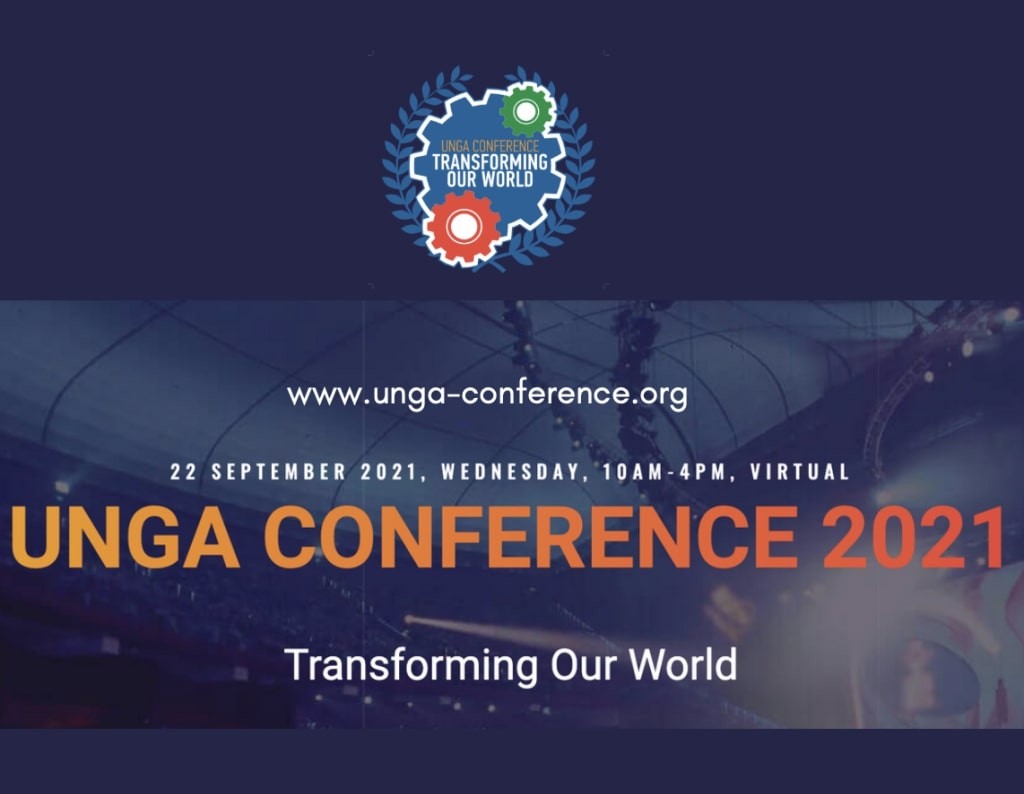 The virtual UNGA Conference 2021: Transforming Our World, organized by the New York-based Journalists and Writers Foundation (JWF) and its 36 global partners, takes place on Wednesday from 10:00 a.m. to 4:00 p.m. (EST) and includes three panel sessions to discuss the UN’s 2030 Agenda for Sustainable Development.

The 2030 Agenda and its 17 Sustainable Development Goals (SDGs) was adopted in 2015 by all United Nations members. The SDGs, also known as the Global Goals, refer to a universal call to action to end poverty, protect the planet and ensure that by 2030 all people enjoy peace and prosperity.

The countries have committed to prioritizing progress for those who are the furthest behind by way of implementing the SDGs, which are designed to end poverty, hunger, AIDS and discrimination against women and girls.

Held on the occasion of the 76th Session of the UN General Assembly, the JWF’s flagship event will focus on methods to accelerate progress in the implementation of the SDGs, the effects of climate change on human life and the planet and quality education in the post-COVID era.

The conference, which creates a platform for an interdisciplinary group of distinguished panelists and high-level speakers to discuss Global Agenda 2030, will host 28 key speakers from 15 countries who will address the UN Development Goals and contributions from civil society in three panel sessions.

They will also offer innovative solutions, strategies, and policy recommendations, proposing a framework for action to further advance the culture of peace, human rights and sustainable development.

During Panel 1, “The Contribution of Civil Society to the UN Development Goals,” Dana Coppola, the public relations and media specialist at Embrace Relief, a non-profit organization that delivers humanitarian aid and disaster relief to vulnerable communities around the world, is expected to speak about the humanitarian work of Hizmet movement volunteers in different parts of the world.

Panel 2 will address the devastating effects of “Climate Change and Ecological Threats” on human life and our planet, including social, economic, and environmental development.

Feyzullah Bilgin, general coordinator of Nigerian Tulip International Colleges, will speak during Panel 3, titled “Quality Education in the post-Covid Era and Digital Technologies,” about their contribution to girls’ education, strengthening ethical values and building a peaceful and inclusive society, with the help of Hizmet volunteers to raise educational standards in 160 countries.

The Hizmet movement, also known as the Gülen movement, is a faith-based group that focuses on science education, volunteerism, community involvement, social work and interfaith and intercultural dialogue. The movement is inspired by the teachings of Muslim preacher Fethullah Gülen.

President Recep Tayyip Erdoğan has been targeting followers of the movement since the corruption investigations of December 17-25, 2013, which implicated then-Prime Minister Erdoğan, his family members, and his inner circle.

Dismissing the investigations as a Gülenist coup and conspiracy against his government, Erdoğan designated the movement as a terrorist organization and began to target its members. He intensified the crackdown on the movement following an abortive putsch on July 15, 2016. He accuses the movement of masterminding the coup attempt while the movement strongly denies any involvement in the failed putsch.