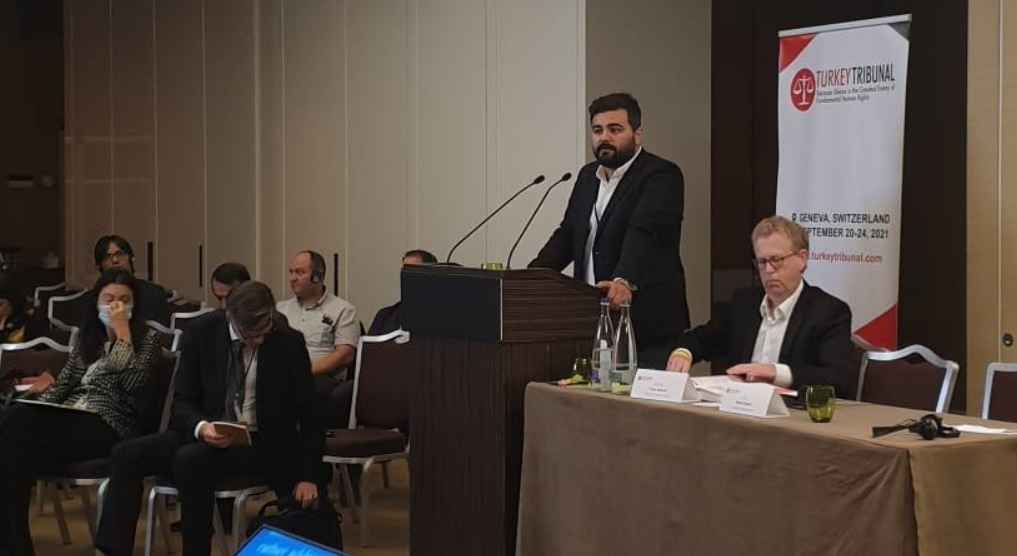 Drafted by Prof. Dr. Yves Haeck, a professor of human rights at the University of Ghent, and Dr. Turkut, a law scholar, the report defined impunity as “the impossibility, de jure or de facto, of bringing the perpetrators of violations to account -– whether in criminal, civil, administrative or disciplinary proceedings.”

Gaps in the legal structure, political rhetoric reinforcing patterns of impunity, a lack of political will to hold state officials/agents accountable, ineffective and delayed investigations by prosecutors and a complicit judiciary are factors contributing to “the entrenched culture/practice of impunity” identified by the rapporteurs.

The report addressed impunity for “crimes of torture and ill-treatment as well as use of deadly force, which are allegedly committed by the Turkish security forces.”

Mentioning the practice of impunity in the period after the coup d’etat in 1980, the report focused on the human rights violations that took place following a failed 2016 coup and the impunity provided by the government to the responsible individuals.

“In the wake of the 15 July 2016 attempted coup, the entrenched practice of impunity and the allegations of torture and ill-treatment have reached an unprecedented level,” the report said.

The report focused on the death of teacher Gökhan Açıkkollu, who was allegedly tortured in police custody and subsequently died during a post-coup purge in August 2016; the torture and sexual abuse of several detainees in Kurdish-majority Urfa province in 2019; and the claims of torture of at least 46 detainees who were purged diplomats.

“We cannot state that there is an effective preventive or sanctioning mechanism towards acts of torture and ill-treatment in Turkey. The legal safeguards are insufficient, often not respected and/or easily circumvented. The Turkish authorities moreover show no willingness to adequately and thoroughly investigate, prosecute, and punish perpetrators,” the report said.

Judge Johann van der Westhuizen: "If a country, if its officers, its police, its courts do not even follow the simplest of its own domestic law and break that, then it is a country without the rule of law. Then it is a lawless society." @turkey_tribunal @emreturkut pic.twitter.com/W9E4tCv9MI

Turkey has been experiencing a deepening human rights crisis in recent years.

After the abortive putsch, ill-treatment and torture became widespread and systematic in Turkish detention centers as evidenced by the UN special rapporteur on torture and other cruel, inhuman, or degrading treatment or punishment in a report based on his mission to Turkey between November 27 and December 2, 2016. Lack of condemnation from higher officials and a readiness to cover up allegations rather than investigate them have resulted in widespread impunity for security forces.