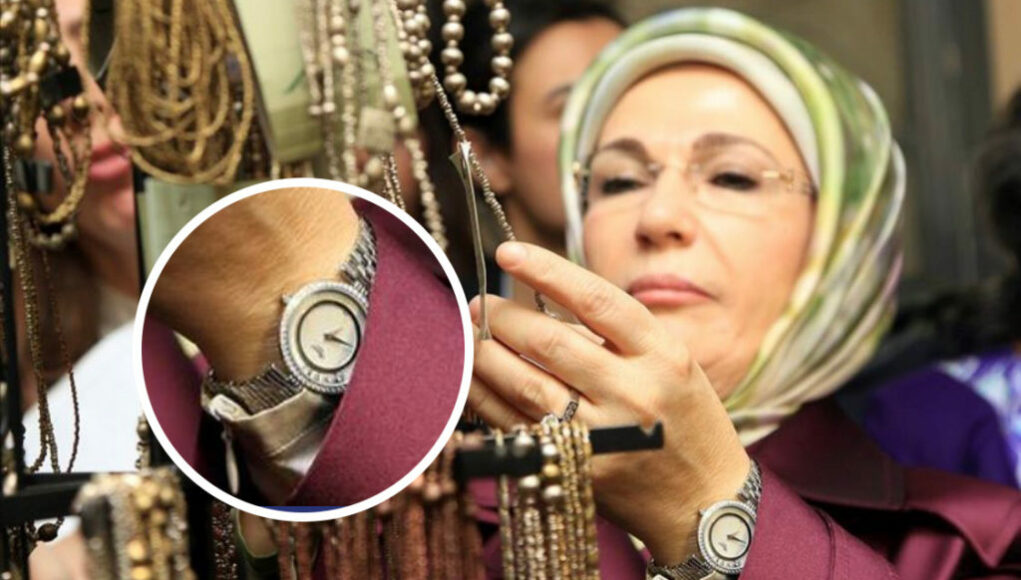 A book written by Turkish first lady Emine Erdoğan describing her visits to Africa was launched in New York on Monday but was overshadowed by debate over an expensive Swiss watch she wore in a promotional photo for the book.

Erdoğan’s book, titled “My Travels to Africa,” was introduced at the inauguration of the Turkish House in New York, attended by President Recep Tayyip Erdoğan, top government officials and representatives of some foreign missions.

The Erdoğans are in New York to attend the UN General Assembly, which takes place Sept. 20-24.

According to the state-run Anadolu news agency, Emine Erdoğan’s book, dedicated to her mother, covers the first lady’s impressions and memories of her visits between 2014 and 2020 to 23 countries, including Algeria, Ethiopia, Somalia, Tanzania, Mozambique and Senegal.

Following the launch of Erdoğan’s book, lawmaker Ahmet Erozan from the İYİ (Good) Party pointed out the first lady’s watch in the promotional photo, claiming that the Swiss Chopard Happy Diamonds watch would have a price tag of at least 30,000 euros if it’s not fake.

“The Chopard Happy Diamonds watch is right in line with the poverty of Africa,” tweeted Erozan.

President Erdoğan and his family are the subject of frequent criticism due to their use of luxury items at a time of increased poverty among Turkish people.

A $50,000 Hermès handbag Emine Erdoğan carried while accompanying her husband on a visit to Japan led to outrage at the time.

Meanwhile, Emine Erdoğan’s book was launched shortly after the introduction of a book written by her husband.

The book, titled “Daha Adil Bir Dünya Mümkün” (A Fairer World Is Possible), was published by Turkuvaz Kitap, a subsidiary of Turkuvaz Media Holding, which has close ties to Erdoğan and his ruling Justice and Development Party (AKP). The publisher of Emine Erdoğan’s book is also Turkuvaz Kitap.