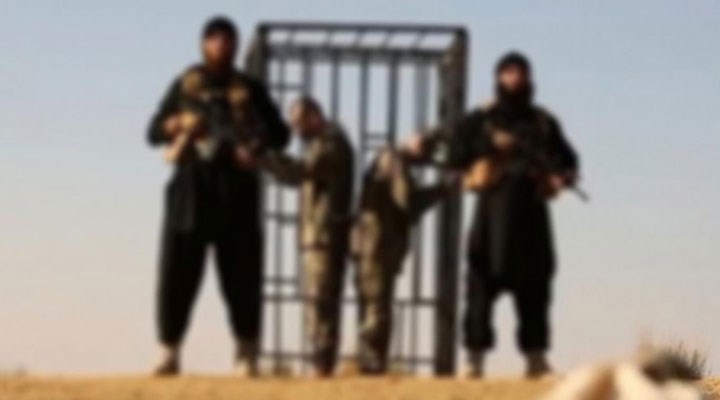 A Turkish court has ruled for the arrest of an alleged member of the Islamic State in Iraq and the Levant (ISIL) who issued a fatwa, or Islamic ruling, for the execution of two Turkish soldiers in Syria in 2016, following a public backlash over the court’s previous ruling, Turkish media outlets reported.

Journalist İsmail Saymaz claimed in his column on the Halk TV news website last Friday that Jamal Abdul Tahman Alwi, a so-called ISIL qadi, a Muslim judge who renders decisions according to Islamic law, was living in the southeastern province of Gaziantep with his family and had been released from jail on bail.

According to Saymaz, Alwi issued a fatwa for the execution of Turkish soldiers Fethi Şahin and Sefer Taş, who had been taken hostage by ISIL in the al-Bab region of northern Syria in late 2016.

Photos and a video allegedly of the two soldiers being burned alive were shared online on ISIL accounts in December 2016, leading to outrage.

Alwi was arrested on Sunday after the outrage caused by the news about him enjoying life in Gaziantep.

According to Saymaz, Alwi, who had been living in the southeastern province of Gaziantep for some time, was coincidentally captured in a police operation in June 2020 and was sent to jail. He was subsequently indicted on charges of leading a terrorist organization. In the indictment, he is accused of serving in ISIL between 2013 and 2016, acting as a qadi for the radical group and issuing fatwas for the execution of people including the two Turkish soldiers. The first hearing of his trial took place in September 2020. He was released pending trial in March 2021 due to a lack of sufficient evidence against him and because there was no possibility of his tampering with evidence. Although a travel ban was imposed on him following his release, it was lifted in June.

The Turkish government has to date not made any statement as to the authenticity of the video, showing the brutal killing of the two soldiers at the hands of ISIL.

The soldiers were sent to Syria as part of Turkey’s Operation Euphrates Shield to help Syrian rebels drive ISIL from the border city of Jarabulus in August 2016, in a dramatic escalation of its involvement in the Syrian civil war.