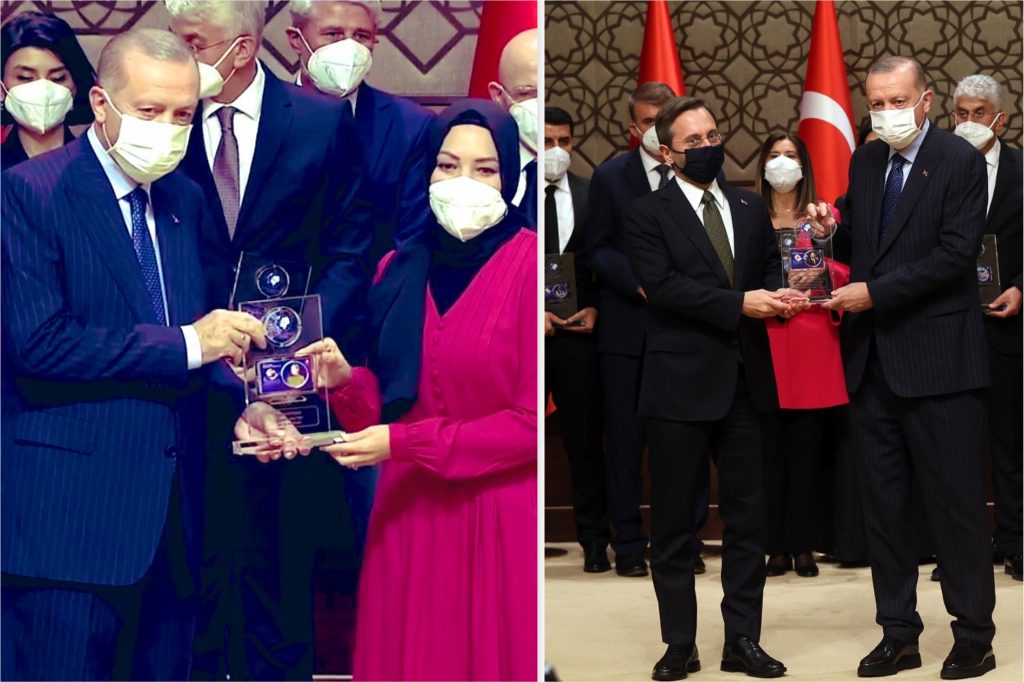 Not a single journalist with anti-government views was among the journalists who were showered with awards at a ceremony held at the presidential palace in Ankara on Wednesday evening, the Kronos news website reported.

The awards were bestowed on the journalists by President Recep Tayyip Erdoğan at the 6th Anatolia Media Awards organized annually by the presidency.

The other journalists who were given awards in categories were also from pro-government media outlets including the Kanal D TV, Star, Haber 7, TRT 1 TV stations and the Yeni Akit daily.

In addition, businessman Özdemir Bayraktar, chairman of the Baykar defense company, was given an award at the ceremony for his contribution to national defense although he has nothing to do with the media.

Bayraktar is the father of Selçuk Bayraktar, who is married to Erdoğan’s younger daughter Sümeyye.

Selçuk Bayraktar is a popular figure in Turkey, particularly after the success of his company’s drones in the domestic conflict against the Kurdistan Workers’ Party (PKK) as well as in operations in Libya and Nagorno-Karabakh. Yet, his drones also rely on foreign technology for some of their vital components such as optical systems, engines and guidance systems for ammunition.