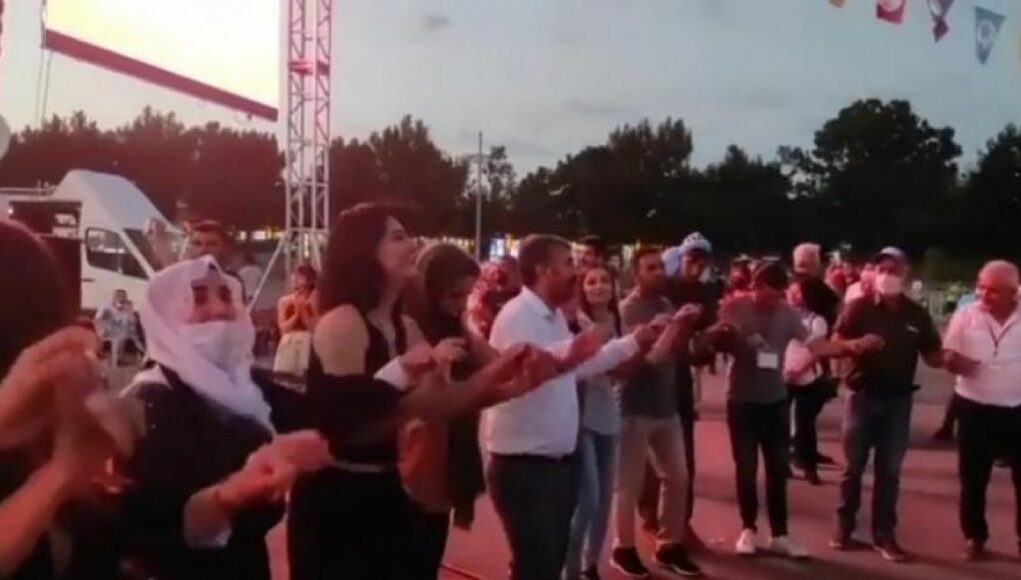 A prosecutor has launched an investigation into 13 people who danced to a Kurdish song during a rally in southeastern Turkey on allegations of disseminating propaganda, the Mezopotamya news agency reported on Wednesday.

Fatma Ablay and Ömer Kulpu, co-chairs of the Batman branch of the pro-Kurdish Peoples’ Democratic Party (HDP), are among those under investigation by the Batman Chief Public Prosecutor’s Office for dancing to the Şivan Perwer song, “Serhildan jiyane” (To Live Is to Revolt), at a rally on August 14.

They are accused of “propagandizing for the organization [Kurdistan Workers’ Party, PKK]” by dancing along to a “song containing many pro-organization phrases.”

Kulpu told Mezopotampa that the rationale cited for the investigation was “tragicomic.”

“The people who paved the way for Şivan Perwer taking the stage in Turkey in the past are now treating his song as something criminal,” Kulpu said.

Perwer, a famous Kurdish singer, fled Turkey in 1976 because of the nationalist strains of his music. He was invited to Turkey by then-Prime Minister Recep Tayyip Erdoğan as part of the ruling Justice and Development Party’s (AKP) now-abandoned Kurdish opening, designed to settle the country’s entrenched Kurdish problem. He briefly visited Turkey in 2013 and performed in Diyarbakır.

Ablay argued that this was an effort to criminalize the rally organized by the HDP, asking, “Where in the world is singing a song or dancing to music considered a crime?”

Turkish authorities had conducted direct talks with jailed PKK leader Abdullah Öcalan for several years until a truce in effect collapsed in July 2015.

Since then, there have been clashes between the PKK and Turkish security forces.