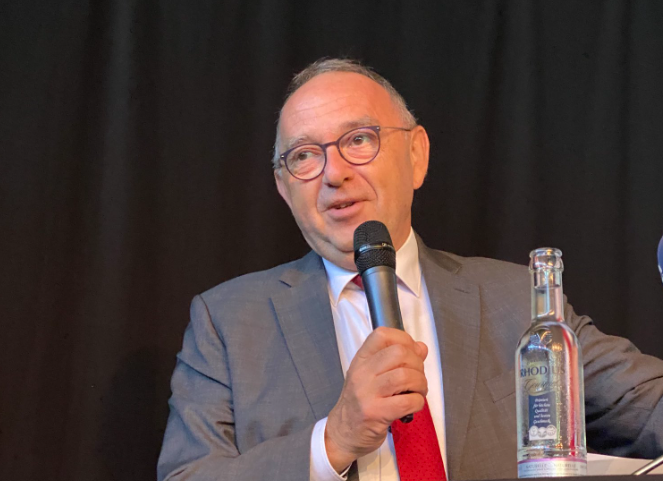 Speaking to DW Türkçe during an event organized by the Turkish-German Entrepreneurs Association (TDU) in the German city of Cologne, SPD leader Norbert Walter-Borjans said his party has good relations with Ankara and a great interest in the country.

“However, we appreciate that there are some problematic points,” Walter-Borjans said, stressing that the political activities of the Turkish opposition are being hampered by the ruling party.

“This situation is not something we can simply accept and say, ‘Let’s just put up with this and move on with our agenda.’ That would be unfair to the pro-democracy people in Turkey,” the SPD leader said.

Highlighting that his party is closely following the backsliding observed in Turkey’s democracy, Walter-Borjans noted that the negative developments in this regard have adverse effects on the country’s European Union membership process. He pointed out that despite the problems, Germany should continue its dialogue with Turkey for membership.

Turkey has been receiving growing criticism from allies and international rights groups about the deterioration of its human rights record and democracy particularly after a failed coup in July 2016, following which the government launched a massive crackdown on critics under the pretext of an anti-coup fight.

Turkey is among the countries that “autocratized” the most, together with Poland and Hungary, according to the “Democracy Report 2021,” which was published by the Swedish-based Varieties of Democracy (V-Dem) Institute. The report classified Turkey as an “electoral autocracy” ranking the country in 149th place in the liberal democracy index after Egypt, Eswatini (Swaziland) and Republic of the Congo.