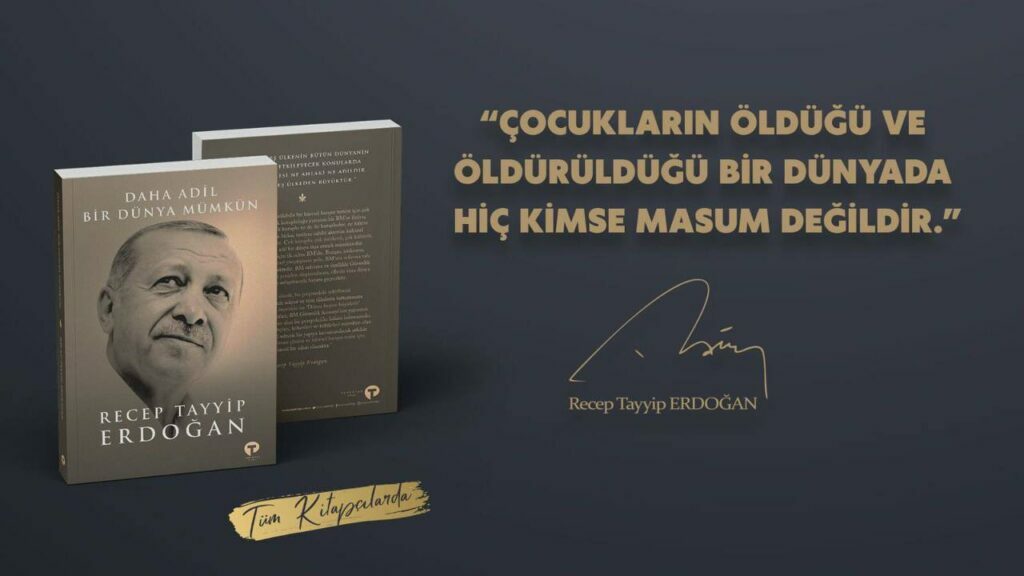 A local branch of the ruling Justice and Development Party (AKP) in eastern Turkey has launched a campaign to boost the COVID-19 vaccination rate by giving away copies of the Turkish president’s newly released book, the Duvar news website reported on Friday.

Çağnur Kılıçoğlu, head of the AKP’s local organization in Tunceli’s Pülümür district, announced on social media that they would gift Erdoğan’s recently published book to the first 62 people who get vaccinated.

The book, titled “Daha Adil Bir Dünya Mümkün” (A Fairer World Is Possible), and published by Turkuvaz Kitap, a subsidiary of Turkuvaz Media Holding, which has close ties to Erdoğan and his AKP, hit the shelves on Monday as advertised by Fahrettin Altun, Erdoğan’s communications director, on his Twitter account.

In his book, which can be purchased for TL 40 ($4.82) at bookstores and TL 32 ($3.86) online, Erdoğan proposes the restructuring of the United Nations Security Council, Altun said.

According to the communications directorate website, Erdoğan points to global political dilemmas, particularly injustice, the refugee crisis, international terrorism and Islamophobia in his book and exposes discrimination and double standards in the world, giving the United Nations’ current structure as an example.

Yet, Erdoğan was quick to attract criticism over to his book, with many accusing him of hypocrisy and talking about achieving justice and peace in the world when people are subjected to great injustices in his own country.

Erdoğan, who launched an all-out war on his critics and non-loyalist citizens following a coup attempt in July 2016 under the pretext of an anti-coup fight, has been facing harsh criticism for cracking down on dissent, jailing his critics, silencing the opposition media and creating a one-man rule in Turkey.