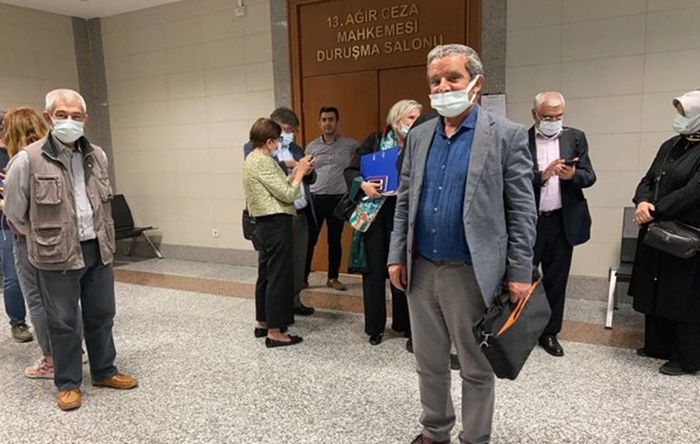 An İstanbul court has rejected a request that a travel ban previously imposed on Professor Mümtazer Türköne, a columnist from the now-closed Zaman newspaper, be lifted so he can seek treatment for health problems abroad, local media reported on Thursday.

Arrested on Aug. 5, 2016 in the aftermath of a coup attempt, Türköne was handed down a prison sentence of 10 years, six months on terrorism charges in a trial in which other journalists from Zaman were also given jail sentences of varying lengths in July 2018.

The Supreme Court of Appeals overturned the sentences of Türköne and Zaman columnists Şahin Alpay and Ali Bulaç, who were all convicted of “membership in a terrorist organization,” ruling that they should instead be tried on the charge of “aiding without holding membership in the organization.”

The court also overturned the acquittal of Zaman editor Mehmet Özdemir, ruling that his actions constituted “membership in a terrorist organization” and that he should be tried on that charge.

Türköne, who had been under arrest pending trial, was released from prison on Sept. 24, 2020, following the court ruling.

The three columnists were present during the second hearing of their retrial at the İstanbul 13th High Criminal Court on Thursday, along with their lawyers, according to Turkish media reports.

Türköne on Thursday requested that the court lift his travel ban since he wanted to seek treatment abroad for his health problems.

Bulaç also requested that a European Court of Human Rights (ECtHR) ruling he presented to the court on Thursday, which on June 8 stated in French that his rights had been violated, be translated by the Justice Ministry.

The court on Thursday decided to await the execution of the arrest warrant for Özdemir and request a translation of the ECtHR judgment in Turkish.

The court also ruled for a continuation of Türköne’s travel ban and adjourned the trial until January 11, 2022.

The Zaman daily, which had the largest daily circulation — with more than 600,000 subscribers — in Turkey at the time, was seized by the government in 2016 in the aftermath of a rift between President Recep Tayyip Erdoğan’s Justice and Development Party (AKP) government and the faith-based Gülen movement, which is inspired by Muslim cleric Fethullah Gülen.

As part of a government-led crackdown on the movement, which followed a corruption scandal in Turkey in late 2013 implicating then-Prime Minister Erdoğan, his family members and his inner circle, a Turkish court appointed trustees to the management of Feza Gazetecilik A.Ş., a media company affiliated with the movement, and included the Zaman newspaper.

The trustees had run the paper until the abortive putsch in 2016, turning it into a mouthpiece of the Erdoğan government and firing most of the editorial staff.

The daily was closed down along with dozens of other media outlets due to their links to the Gülen movement, which is labeled as a terrorist organization by the government and accused of masterminding the coup attempt in July 2016. Both Gülen and his followers deny involvement in the attempted coup and in any terrorist activity.