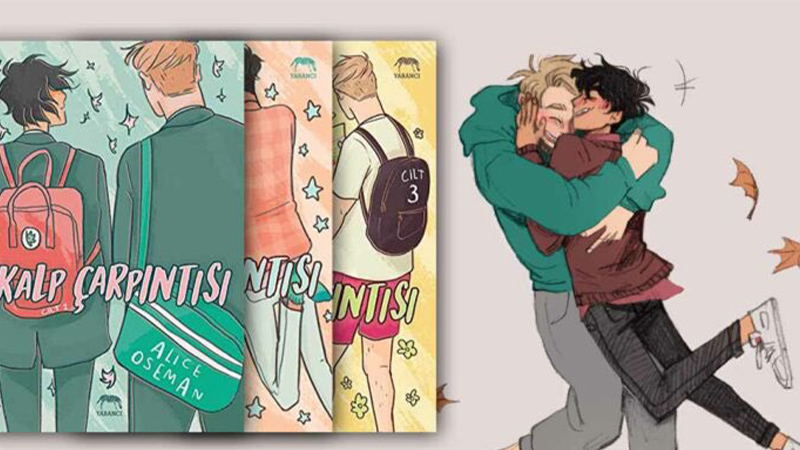 The book in question is a translation of the teen comic book series, “Heartstopper” (Kalp Çarpıntısı) by British writer Alice Oseman.

The ministry’s Board on Protecting Children from Harmful Publications decision was published in the Official Gazette on Wednesday.

According to the decision, the two-volume series was examined by the board, which concluded that “some elements in the books might have harmful effects on the morality of the those aged below 18.” The board has unanimously decided that the series should be subjected to restrictions foreseen by the relevant laws.

Homosexuality is not illegal in Turkey, but homophobia is widespread and publications or broadcasts including or showing homosexual characters are frequently faced with state censorship or protests.

In April, for instance, #Netflixadamol (NetflixBeAMan) was trending in Turkey with over 70,000 tweets condemning Netflix for featuring two gay high school students in the show “Aşk 101” (“Love 101”).

Turkey was ranked 48th among 49 countries as regards the human rights of LGBT people, according to the 2021 Rainbow Europe Map published by the International Lesbian, Gay, Bisexual, Trans and Intersex Association (ILGA)-Europe.