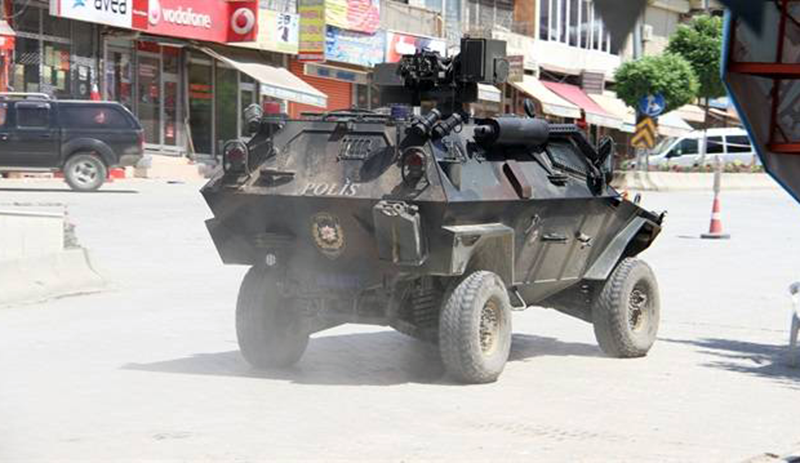 A 7-year-old boy was hit and killed by a Turkish military vehicle in the predominantly Kurdish-populated Şırnak province in southeastern Turkey, according to a report by the Mezopotamya news agency on Friday.

Mihraç Miroğlu, who was riding a bicycle when he was hit by an armored vehicle, was taken to İdil State Hospital following the Friday evening incident where he was pronounced dead, Mezopotamya said.

The pro-Kurdish Peoples’ Democratic Party (HDP) released a statement on Friday on social media regarding the death of Miroğlu.

After an autopsy at İdil State Hospital, Miroğlu was buried in a cemetery in İdil. Hundreds, including many officials from the HDP’s district organizations, were in attendance.

“Today, a 7-year-old boy named Mihraç Miroğlu was murdered when he was hit by an armored vehicle in İdil. Deaths involving [Turkish] security forces and the vehicles they use in Kurdish [majority] provinces aren’t accidents but massacres. How many women, children and old folks have been massacred like this? Enough is enough,” the HDP tweeted.

“This is not an accident. Tens of children have been killed this way. We’re waiting for the Interior Ministry to release a statement. We want those responsible to be punished. This [policy of] impunity has to end,” HDP parliamentary group deputy chair Meral Danış Beştaş tweeted on Friday.

“Armored vehicles have hit and killed people [in southeastern Turkey] numerous times, and still not a word [from the officials]. Why hasn’t the driver been arrested? Why?” Beştaş said in another post on Saturday.