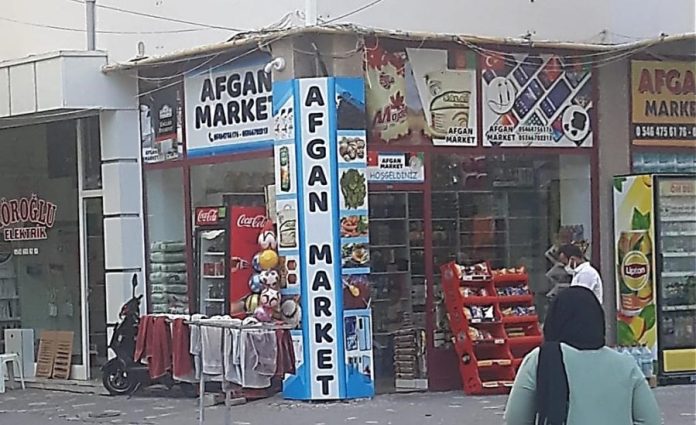 A refugee residing in Turkey changed the name of his store, “Afghan Market,” after Ümit Özdağ, leader of a newly established far-right party, shared pictures of the store on Twitter, the Stockholm Center for Freedom reported, citing the state-run Anadolu news agency.

In a tweet on Monday Özdağ had said, “Afghan Market — owned by a youngster from Afghanistan in the Kırşehir city center.”

The owner, identified as M.S., said he could not open his store for a couple of days and that the local police took security measures in the area.

Özdağ was harshly criticized for his tweet. Cevheri Güven, a journalist living in exile, said: “There are hundreds of Turkish markets in Germany like this. So what?”

Tarık Toros, another journalist in exile, tweeted: “Not the person who operates that grocery store, but the person who targets him, poses a danger to society! Keep away from him.”

Some users said Özdağ should be held responsible for any hate crimes committed against the store or its owner.

M.S. said he was sorry his store’s photo was shared like that. He said he used to own a market in Afghanistan, too, that he opened the store three months ago and loved Kırşehir.

M.S. added that he hadn’t faced any reactions; yet he changed the store’s name to “Armağan” (gift) to prevent any future incidents.

Özdağ, a former deputy chair of the Nationalist Movement Party (MHP) and a former İYİ (Good) Party İstanbul lawmaker, announced in a tweet that his new party’s name would be the Victory Party (ZP).

Tanju Özcan, the mayor of Bolu province from the CHP, recently said an additional water and solid waste tax 10 times the normal tax would be imposed on refugees living in Bolu.

“We cut their benefits and stopped giving them business licenses to open shops, but they didn’t leave,” he said during a meeting at city hall. “The city council will meet next week, and we will discuss raising their taxes.”