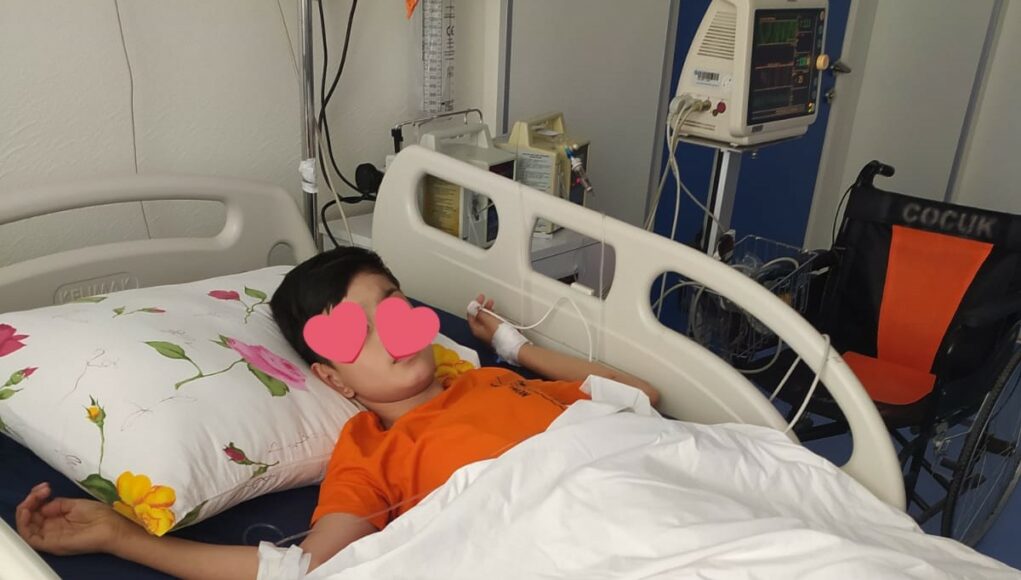 According to Gergerlioğlu, doctors think even a heart transplant wouldn’t be enough to save the life of Ömer Faruk and that all hope is lost. “I have talked to two different deputy chief public prosecutors, but neither gave permission [for the father to visit his son],” Gergerlioğlu said.

Turan was imprisoned due to his alleged affiliation with the faith-based Gülen movement, but no details about his case are available. He is currently in a prison in Manisa province.

Turkish President Recep Tayyip Erdoğan has been targeting followers of the Gülen movement, which was inspired by Turkish cleric Fethullah Gülen, since the corruption investigations of December 17-25, 2013, which implicated then-Prime Minister Erdoğan, his family members and his inner circle.

Turkey’s post-coup purge has taken a huge toll on human life, making no exceptions for children. Several children such as Ahmet Burhan Ataç, Mehmet Fatih Dedeoğlu, Selman Çalışkan, Eymen Küçükaydoğan, Ali Ihsan Başer and Furkan Dizdar were diagnosed with cancer after their fathers were arrested. Some of these children were unable to cling to life and succumbed to their illnesses. According to the doctors, their fragile bodies were not able to process the sorrow and affliction caused by the persecution of their fathers.