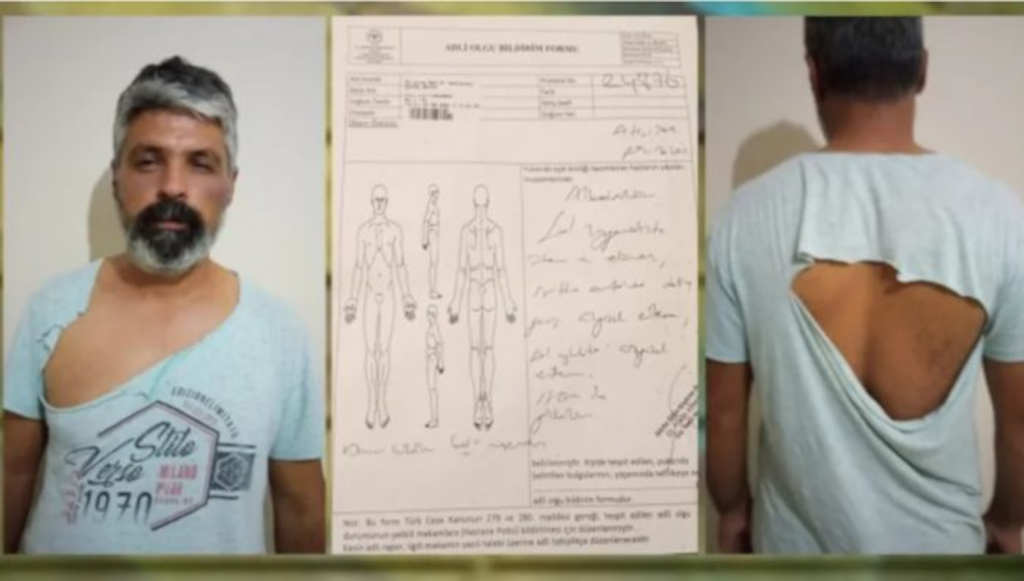 A group of people reportedly stopped a car and beat a man apparently because he was Kurdish in Turkey’s southern province of Antalya, according to the Mezopotamya news agency.

Erhan Sevim, 45, and his wife were returning to their home in Döşemealtı after visiting friends in Kepez on Sunday evening when their car was stopped by a group of five people.

As huge wildfires ravaged Turkey in multiple spots near the country’s southern and southwestern coastal holiday resorts for approximately two weeks starting on July 28, several vigilante groups had emerged and started to stop cars and check people’s identity cards, looking for Kurds, whom they blamed for the forest fires.

Although the flames were fueled by scorching summer temperatures and conditions that experts say were worsened by climate change, pundits on pro-government media channels and some social media users who promote conspiracy theories accused the outlawed Kurdistan Workers’ Party (PKK) of starting the fires.

Without introducing themselves, the group told Sevim to produce his ID, asking where he was from. When he replied he was from the predominantly Kurdish city of Adıyaman, they  dragged him out of the vehicle and started beating him.

“I couldn’t get a grip on what was going on. The people who attacked me insulted me and threatened me, saying, ‘Nasty Kurds. Get the hell out of here, or we’ll burn you.’ Meanwhile, my wife got out of the car and started to call for help. Two cars were approaching. When those cars stopped, the people who beat me ran away,” Sevim said.

He said one of the attackers was wearing a mask and that he couldn’t see the faces of the others because it was dark, adding that he didn’t have any hostility toward anyone and the attack was completely political.

Sevim further said he regularly takes part in the activities of the pro-Kurdish Peoples’ Democratic Party (HDP), adding: “That one of them was masked raises a question. I believe he was someone who knew us. If there were not [someone] powerful behind them, no one would dare ask for IDs. The authorities must step in to prevent this.”

President Recep Tayyip Erdoğan and his Justice and Development Party (AKP) government have faced widespread criticism over the poor response and inadequate preparedness for the large-scale wildfires, which claimed the lives of nine people and destroyed large swathes of forestland.

From the first day of the wildfires, some social media accounts spread misinformation that Kurdish militants were responsible for the “manmade” disaster.

People with rifles carried out identity checks on people in the streets, looking for Kurds to punish them. In popular tourist resorts on the Aegean coast, some residents angered by the uncontrolled fires blocked roadways, stopped cars they deemed suspicious and hunted down Kurds. Authorities have failed to take action against these groups, implicitly condoning their acts.