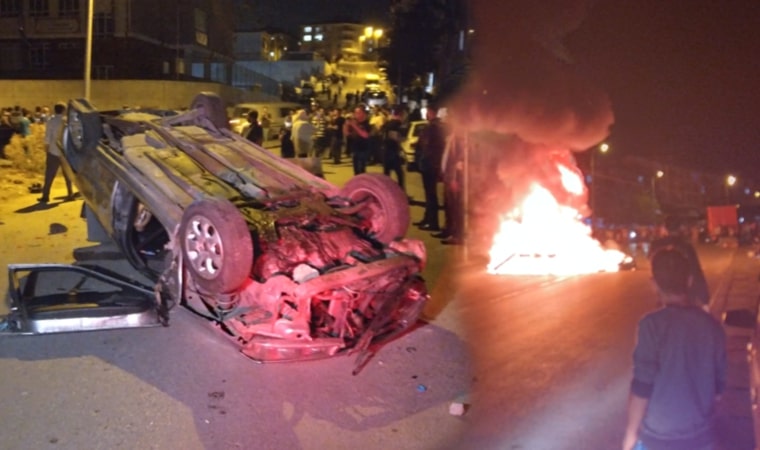 Turkish police have detained 76 people in connection with attacks on workplaces, houses and shops believed to be owned by Syrian refugees in Ankara, including social media users who shared “provocative” posts, according to a statement from the Ankara Police Department.

Dozens of angry Turks on Wednesday night smashed up shops and cars in Ankara believed to belong to Syrian refugees, prompting police to intervene.

The statement said 38 of the detainees had criminal records for theft, drugs, assault and looting.

The statement also warned citizens about provocative news reports and posts on social media and called on them to help the police.

The unrest broke out late Wednesday in response to a fight between local residents and people believed to be Syrian refugees in which one Turkish national was stabbed to death, Agence France-Presse reported, citing local media.

Images on social media showed dozens of shouting men breaking through police cordons and then attacking cars and shops believed to be owned by Syrian families.

“The demonstrations and events that took place in the Altındağ district this evening have come to an end as a result of the efforts of our citizens and the hard work of our security forces,” the Ankara Governor’s Office said on Wednesday night.

“Our people are kindly requested not to give credence to provocative news and posts,” it said in reference to the fight that sparked the unrest.

The Anadolu news agency said two “foreign nationals” had been arrested and charged with homicide in connection the deadly fight.

The unrest in Ankara comes with polls showing anti-refugee sentiment running high among many Turks.

Turkey has become home to 3.6 million Syrians under a deal it struck with the European Union in 2016 to help avert the continent’s migrant crisis.

The sides are currently working on updating the agreement.

Ankara has received billions of dollars of funding in exchange for setting up camps in the Southeast that are now home to more than 4 million people in all.

Turkey’s main opposition party last month made waves by vowing to send Syrians “back home” if it came to power in a general election scheduled for 2023.

Turkey’s well-respected Teyit fact-checking platform has been debunking numerous negative social media posts about refugees — many of them Afghan — this week.

The issue is gaining added attention out of fear that the Taliban’s sweeping gains in Afghanistan will result in a mass exodus of people from the war-torn country once the last US and NATO troops leave in the coming weeks.