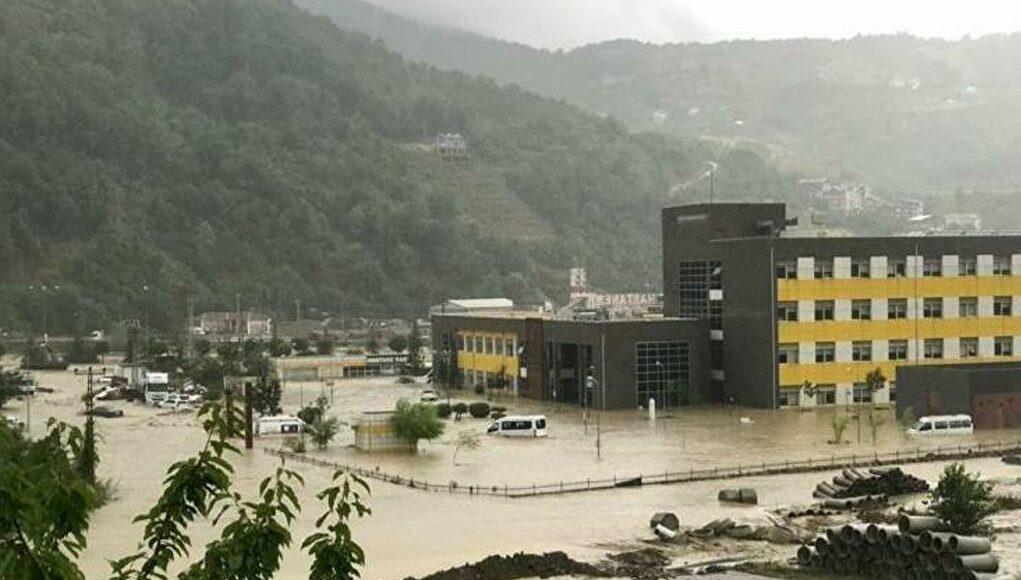 The downpours along Turkey’s northern coast came as firefighters had just about gotten wildfires in the south that have killed nine people since late July under control.

Turkey, a vast and geographically diverse country, has been grappling with drought and a series of natural disasters which world scientists believe are becoming more frequent and violent because of climate change.

Turkish Health Minister Fahrettin Koca tweeted that a hospital with 45 patients — four of them in intensive care — was being evacuated in the northern Sinop region because of heavy flooding.

The local authority tweeted images of rescuers pulling rubber dinghies carrying patients away from the hospital along flooded streets.

The TRT Haber state broadcaster showed a motorway in the northern city of Bartın completely flooded by fast-running water.

Interior Minister Süleyman Soylu said water levels had reached three to four meters (10 to 13 feet) in some areas, forcing locals to shelter on rooftops, where they were being evacuated by helicopter.

Local officials said one elderly woman was swept away by the rushing waters and one person died of a heart attack.

The heavy rains, which began on Tuesday night, have left 13 people requiring medical treatment in all, Koca said.

They were hurt after a bridge collapsed in the town of Karabük, he said, adding that eight had been taken to hospital while the other five were treated at home.

The evacuations came less than a month after heavy rains caused flooding in the northeast, killing at least six people in Rize province.

Officials say almost all of the hundreds of fires ravaging Turkey’s Mediterranean and Aegean coasts since July 28, destroying forests and prompting mass evacuations, have been brought under control.