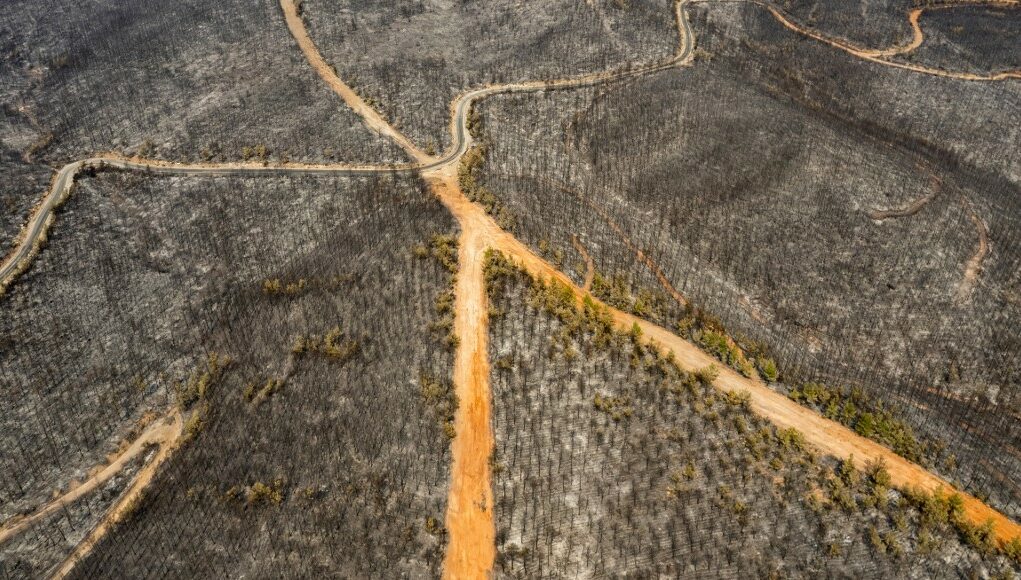 Forestland destroyed by wildfires has increased by 846 percent in 2021 compared to areas that were burned between 2008 and 2020, according to data from the European Forest Fire Information System (EFFIS), the Kronos news website reported on Friday.

Huge wildfires have been ravaging Turkey in multiple spots near the country’s southern and southwestern coastal holiday resorts since July 28, with no signs of abating. So far the wildfires have claimed nine lives, killing hundreds of farm animals and damaging houses and fields.

According to the data provided by EFFIS, Turkey has lost more than 166,000 hectares of forested area to wildfires to date in 2021, with approximately 30,000 hectares destroyed in the last week.

Efforts to put out the wildfires are underway. So far, 191 blazes in 44 provinces have been brought under control during the last week, while 13 wildfires in six provinces are continuing to burn.

Neighborhoods in the Milas, Köyceğiz and Menteşe districts of Muğla have been evacuated due to approaching blazes. A fire in Milas is spreading toward the Yeniköy Thermal Power Plant.

Critics say the forested areas lost to the recent fires have increased particularly due to the ruling Justice and Development Party’s (AKP) poor and sluggish response.

As Turkish President Recep Tayyip Erdoğan and his AKP government faced increased criticism over the apparently inadequate preparedness for the large-scale wildfires, the president said the municipalities are responsible for containing the fires.

As residents lost homes and livestock, anger turned toward the government, which admitted that it did not have a usable firefighting aircraft fleet.

Opposition parties accused the government of failing to procure firefighting planes and instead spending money on construction projects that they say are harmful to the environment.

According to experts, the multiple blazes have been fueled by scorching summer temperatures and conditions that they say have been worsened by climate change.