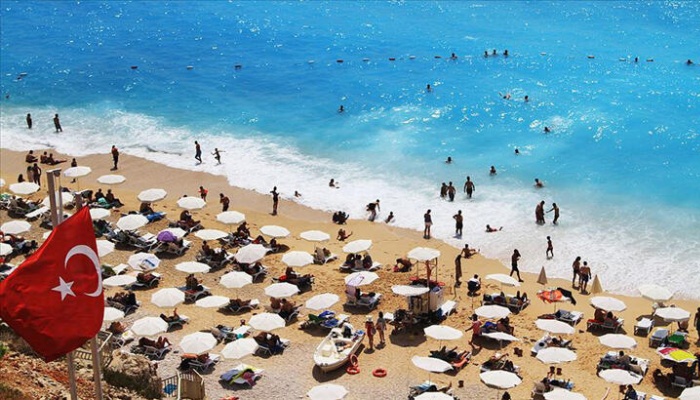 Turkey’s tourism revenue stood at $3,003,628,000 in the second quarter of 2021, local media reported on Friday, citing the latest figures from the Turkish Statistical Institute (TurkStat).

While 73.1 percent of this revenue was earned from foreign visitors, the remainder came from Turkish citizens living abroad visiting Turkey, TurkStat said, adding that individual expenditures constituted $2.4 billion of the total revenue, while package tour expenditures made up some $566 million of it.

Tourism revenue for the April-June period was up almost 22.5 percent from the previous quarter, when it stood at $2.45 billion. The figure was $7.97 billion in the second quarter of 2019.

Deadly wildfires that started around noon on Wednesday in the several forest regions of Turkey’s western and southern provinces that have so far claimed the lives of four people and injured more than 180 have also threatened to scare off tourists who had only just started to return to the country in what President Recep Tayyip Erdoğan had hoped would be a boon for the developing country’s fragile economy.

The blow the fires threaten to deal to Turkey’s tourism-dependent economy and the fact that they are being accused of a poor response to the forest fires raging across the country have put Erdoğan’s Justice and Development Party (AKP) government under pressure.