44 women journalists subjected to police violence, 13 detained to date in 2021 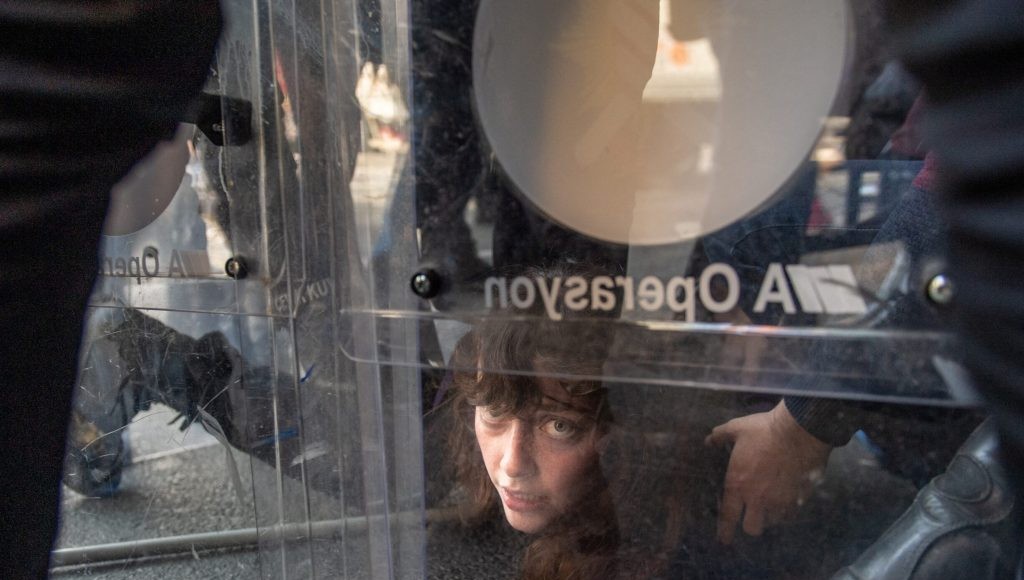 Violence against female journalists has increased in Turkey, with 44 female journalists subjected to police violence and 13 detained while covering events in the field in the first half of 2021, the Coalition for Women in Journalism (CFWIJ) said in a statement on Wednesday, the Stockholm Center for Freedom reported.

According to CFWIJ violence against female journalists has increased by 158.82 percent in 2021 in comparison to the same period of 2020. CFWIJ recently reported eight female journalists were beaten and insulted by the police during demonstrations commemorating the victims of the 2015 Suruç bombing.

The police were easily able to intervene and detain the journalists because they were not issued official press cards by the Presidential Directorate for Communications (CIB).

The press cards of hundreds of journalists in Turkey were canceled on terrorism charges in the aftermath of a failed coup in July 2016, when the government launched a massive crackdown on its opponents under the pretext of an anti-coup fight.

The current press card regulation, which was put into effect in 2018, enables press cards to be canceled for arbitrary or ambiguous reasons. Although the regulation was updated in May, problems regarding the rules for the cancelation of press cards were not resolved.

The latest additions to the 25th article of the regulation on reasons for the cancellation of press cards included statements such as “damaging the honor of the profession by exhibiting behaviors that cast a shadow on the dignity of journalism” and “creating content that would support violence and terror or disable the fight against all kinds of organized crime.”

CFWIJ demanded an end to widespread police violence that targets journalists in Turkey. “In a country that claims to respect and protect democracy and the free press, journalists must be able to do their job without feeling threatened,” it said.

According to a monthly report released by CFWIJ in early July, Turkey was a leading country in the violation of women journalists’ rights. A total of 77 female journalists around the world experienced rights violations in June, with 36 of those cases recorded in Turkey.

Turkey is ranked 153rd among 180 countries in the 2021 World Press Freedom Index released by Reporters Without Borders (RSF) in April.