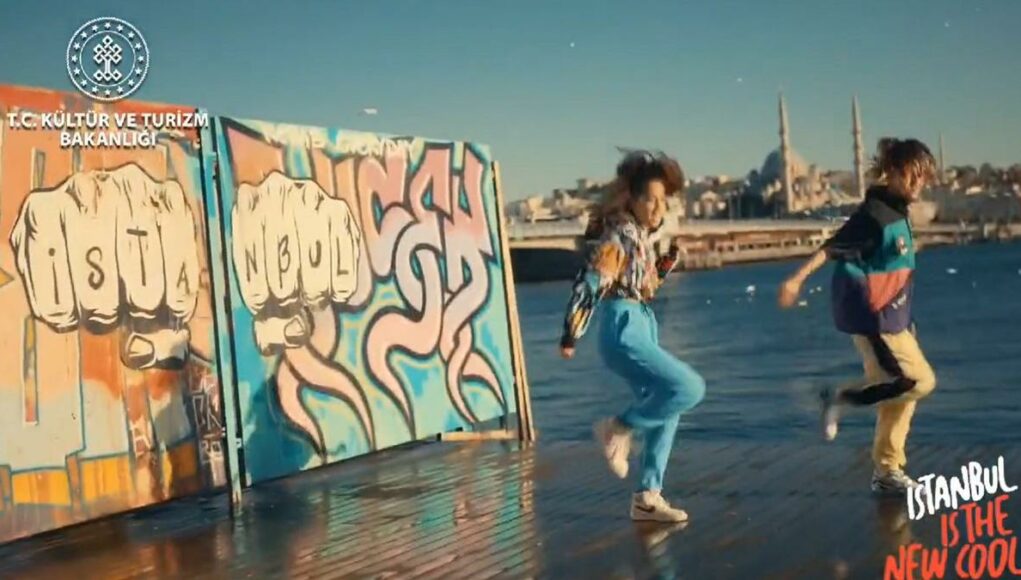 Turkey’s Culture and Tourism Ministry has sparked sarcasm and criticism on social media over what many said was an unreal depiction of İstanbul and Turkey in a promotional video apparently designed to attract tourists, Turkish media reported on Tuesday.

The lack of correlation between the images in the ministry’s video titled “İstanbul” and reality was harshly criticized by dissident figures and social media users.

Critics said the video’s content showing women dancing, a vibrant night life, tables with alcoholic beverages and the lifestyle of the people presented in the video were actually the opposite of what the ruling Justice and Development Party (AKP) promotes.

In the one-minute video, produced by the Tourism Promotion and Development Agency and posted on the ministry’s social media account on Monday, historic sites and tourist spots in İstanbul are shown with people around who obviously have a secular lifestyle.

Many social media users wrote that the place described in the video has nothing to do with the real Turkey.

“Women dancing, ballet performances in the street, a vibrant night life, tables with alcoholic drinks… Very nice, but what country is this? It’s a stroke of genius for you to use everything you have lynched in realty in order to attract tourists. Congratulations,” writer Can Gürses tweeted.

“It made me get an itch to leave Turkey and visit Turkey,” Mine Söğüt, a writer and journalist, tweeted.

Gaye Su Akyol, a singer, painter and anthropologist, also criticized the video, asking sarcastically on Twitter: “What is this? A Turkey without the AKP experienced in a parallel universe?”

“A video promoting İstanbul with excessive oxymorons. A promotional video has been shot using the lifestyle continually denigrated by the ruling AKP,” tweeted journalist İrem Afşin.

The AKP, which has been ruling Turkey as a single-party government since 2002, has been widely criticized for years for meddling in the lives of secular Turks and trying to impose conservative values on the society.

AKP leader and President Recep Tayyip Erdoğan attracted harsh criticism when he announced in June that all COVID-19 restrictions would be lifted as of July 1 but that a ban on live music after midnight would remain in place.

“We’re extending the restriction on live music after midnight. Excuse me, but nobody has the right to disturb anyone at night,” he explained as the reason for the ban, sparking a backlash on social media.

Turkey has been working hard to salvage the tourism sector, battered by the coronavirus pandemic.

The total loss caused by the crash in international tourism to Turkey’s GDP in 2020 due to the coronavirus pandemic could be as high as $93 billion, according to a report by the United Nations Conference on Trade Development (UNCTAD) published in early July.