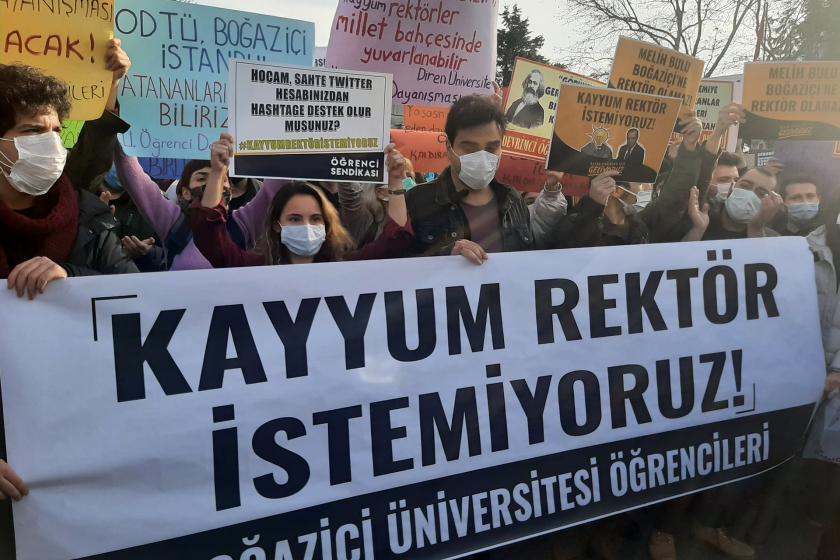 An independent student platform at İstanbul’s Boğaziçi University has voiced their demand for a democratic election to be held at the university to elect a new rector, following the dismissal of Melih Bulu, whose appointment by President Recep Tayyip Erdoğan in early January sparked more than six months of protests.

A founding member of the ruling Justice and Development Party (AKP)’s Sarıyer district branch and former deputy chairman of the AKP’s İstanbul provincial chapter who had refused to step down amid the protests, Bulu was dismissed by Erdoğan via a decree published in the Official Gazette on Wednesday.

Boğaziçi Dayanışması on Thursday said in a series of tweets that they would not accept a new rector to be appointed to replace Bulu, either from within or outside the university, since they oppose the appointment of rectors by Erdoğan and demand an election to choose one themselves.

In addition to the holding of a democratic election at Boğaziçi to choose a new rector, the student platform also demanded the reopening of the university’s LGBTI+ student club that was shuttered in February.

“The dismissal of a puppet who was appointed [by decree] at midnight [by another decree] at midnight doesn’t represent an achievement, but only a crisis of management and the lack of ability of the palace [Erdoğan]!” they said, vowing they would continue protests until all their demands are met.

“Our resistance hadn’t been going on for over six months so that the president could make a decision [for us]. We are the ones who will get our rights and freedom back! … Universities belong to us … not the government. [We call for] elections at all universities for autonomy,” Boğaziçi Direnişi, another student platform, stated.

YÖK also made a written announcement regarding applications for the position of rector at Boğaziçi, saying candidates who meet the criteria would be able to apply for the position until Aug. 2.

Students and alumni as well as politicians and activists have since the beginning of January protested the appointment of Bulu as rector, arguing that it is a part of Erdoğan’s broader effort to centralize control over universities and that it undercuts academic freedoms and democracy.

Critics slammed the appointment of Bulu, saying he was not qualified for the job and that a state-appointed rector harmed the independence of the university.