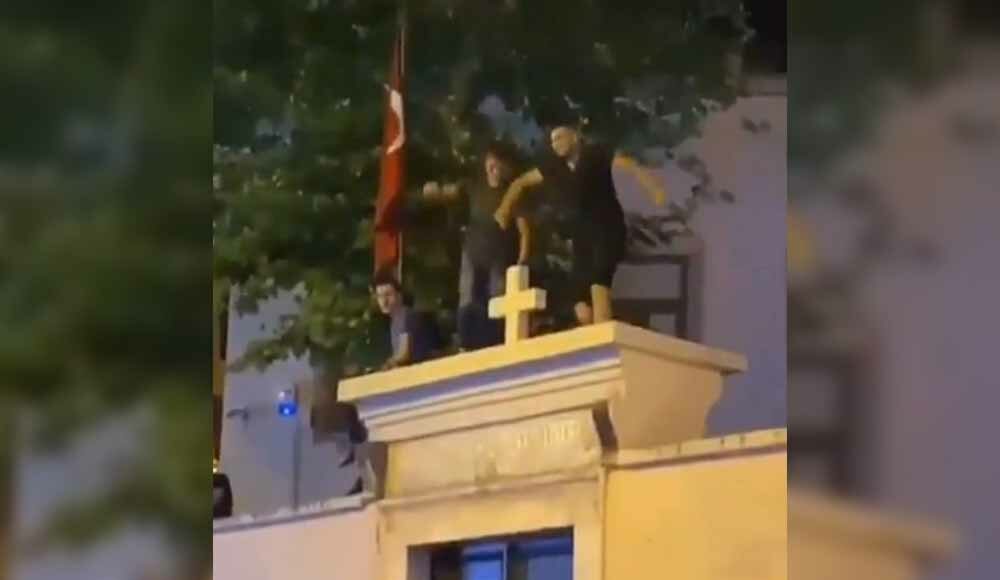 Three people were detained after videos circulating on social media showed them dancing on the gate of an Armenian church in İstanbul, sparking outrage among Turkey’s Armenian community and Armenian activists, according to a statement from the İstanbul Governor’s Office.

The incident took place at the Surp Takavor Church in Kadıköy.

Videos circulating on social media showed two of the men dancing near the cross atop the gate on Sunday evening, while a third man was seen sitting next to them.

The İstanbul Governor’s Office in its statement condemned the incident, saying an investigation had been launched.

The incident has been slammed by members of the Armenian and Christian communities in Turkey.

Murad Mıhçı, an Armenian activist and a former member of the pro-Kurdish Peoples’ Democratic Party’s (HDP) Central Executive Committee, posted a video of the group and two people dancing on the church’s gate, on Twitter, saying ironically: “This is the situation at our Surp Takavor Church in Kadıköy. Normally, the police would be there so no one could issue a press release in front of it.”

“What a disgrace! No one has to put up with this irreverence. Will people who use the slightest opportunity to condemn disrespect for religious sentiment and sacred values say something to rebuke this shamelessness?” tweeted Çiğdem Koç, a lawyer, replying to Mıhçı’s post.

HDP Diyarbakır deputy Garo Paylan called on the Interior Ministry to take action. “I condemn the people who acted irreverently at our church in Kadıköy and those who allowed this to happen. The Interior Ministry must immediately launch an investigation into the police officers who were stationed there,” Paylan tweeted.