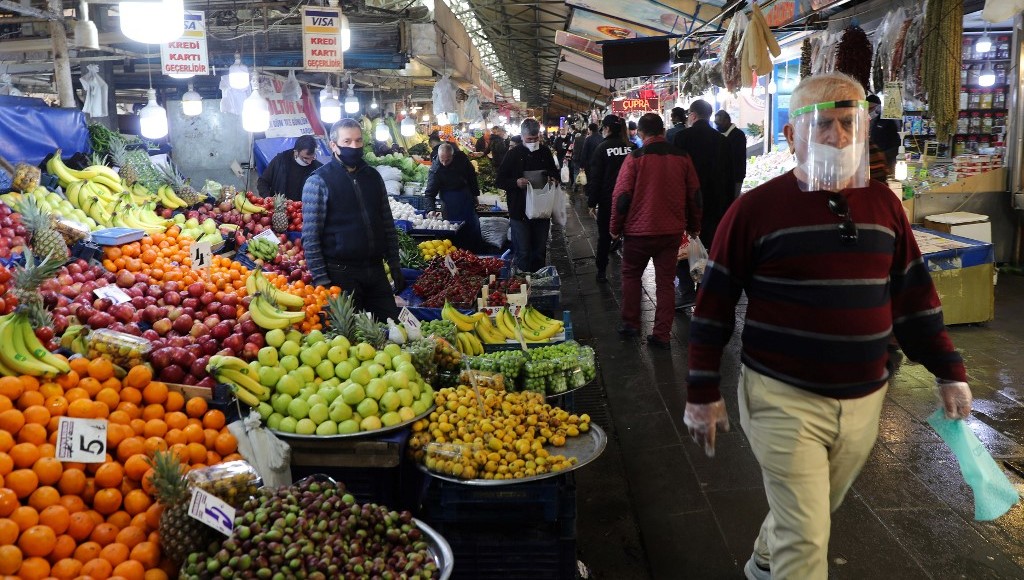 Turkish annual inflation jumped to a two-year high of 17.53 percent in June, exceeding a forecast of 17 percent and continuing an extended rise after a brief dip, potentially delaying any interest rate cuts to later in the year, Reuters reported.

The month-on-month consumer price reading was also higher than expected, up 1.94 percent according to the Turkish Statistical Institute, compared with a Reuters poll forecast of 1.50 percent.

Inflation, which has remained in double digits for most of the last four years, has been held up by lira depreciation, depleted monetary credibility and a burst of demand as the economy emerges from the coronavirus pandemic.

Analysts said the hot inflation data eased those worries. The lira was virtually unchanged at 8.6825 against the dollar at 0801 GMT, compared with Friday’s close of 8.7.

“It very much looks like the central bank’s promise to keep real rates positive will be tested with the headline rate very likely to push through” the 19 percent policy rate, said Tim Ash of BlueBay Asset Management.

In May inflation unexpectedly dropped to 16.59 percent when price hikes were delayed due to a COVID-19 lockdown. It has otherwise been on an uptrend since last September despite the start of a monetary tightening cycle that month.

The producer price index rose 4.01 percent month-on-month in June for a big annual rise of 42.89 percent. That reflects the currency’s drop of about 17 percent since mid-March, which has raised overall prices for import-dependent Turkey.

Transportation costs soared more than 26 percent year-over-year in June, reflecting higher energy prices, while household goods were up nearly as much, the data showed.

Central Bank Governor Şahap Kavcıoğlu said on Friday that inflation could be higher than expected this month and next, but that monthly moves would not affect its year-end forecast of 12.2 percent, according to two sources on an investor call.

They cited Kavcıoğlu as saying the bank expected inflation to show a marked fall at the start of the fourth quarter at the latest.