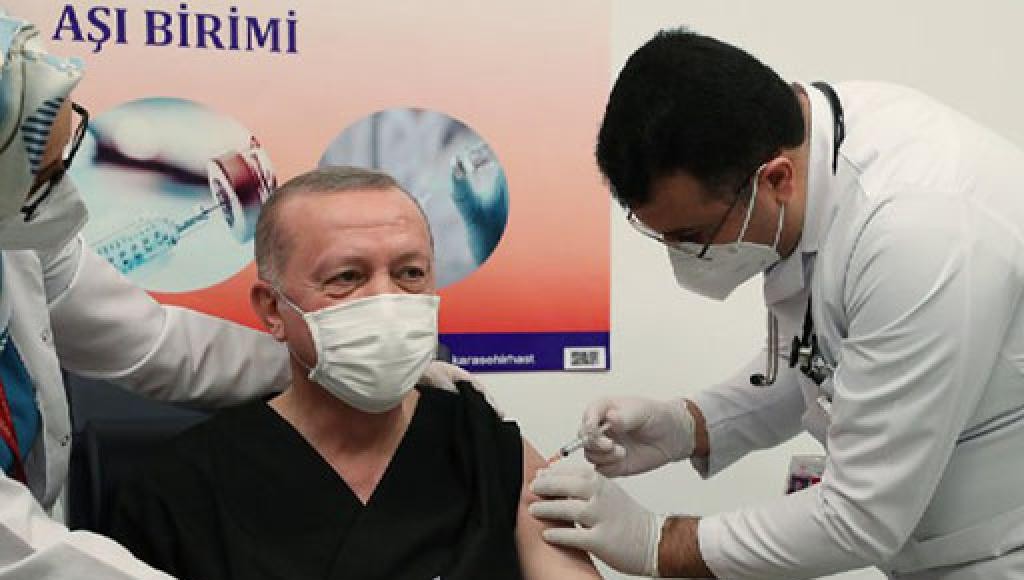 Turkey’s Health Ministry has refused to answer questions posed by the left-wing Birgün daily as to how the country’s president, Recep Tayyip Erdoğan, managed to get three doses of the coronavirus vaccine when the country is not even administering any third doses, the Birgün daily reported.

“I received three doses of the vaccine, and then I checked to see if there was an increase in my antibody levels. Thank God, I reached 2,160 [units per milliliter],” Erdoğan said during a live interview on state broadcaster TRT Haber.

Erdoğan’s statement triggered angry responses from opposition politicians and social media users who argued that it wasn’t fair for Erdoğan to receive three shots while only 12 million people in Turkey back then had been able to receive a second dose. Today, this figure stands at 15 million.

Turkey, which launched its vaccination drive in mid-January, has administered the first dose to 34.5 million people and the full two doses to 15 million as of June 30. In the first months Turkey mainly used the CoronaVAC vaccine, developed by the Chinese biotechnology company Sinovac despite concerns about its effectiveness and safety. The country has been vaccinating its people with the Pfizer-BioNTech vaccine for more than a month after Pfizer-BioNTech on May 20 announced a deal to deliver an additional 60 million doses of its vaccine to Turkey.