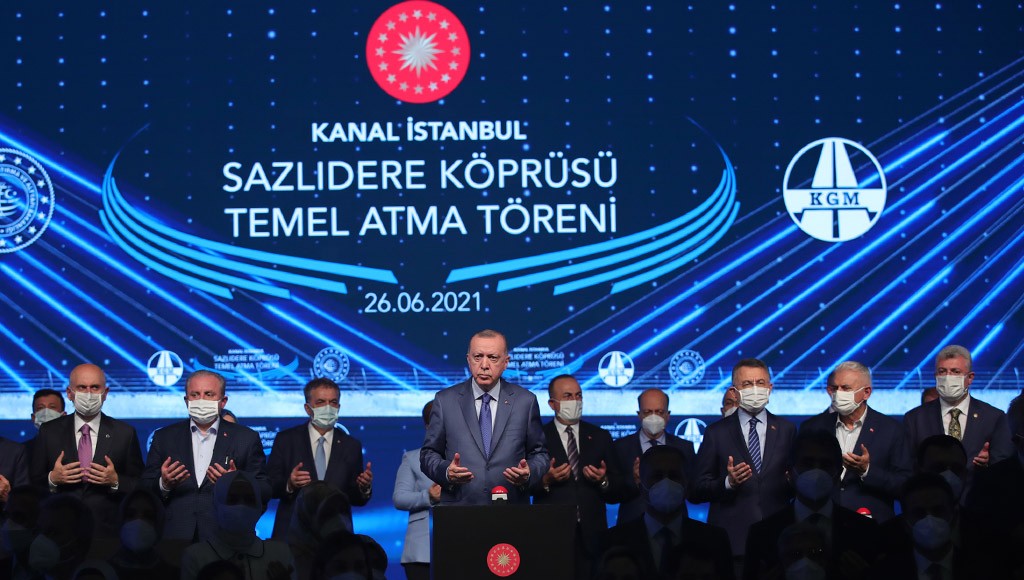 An overwhelming majority of Turks are against a major construction project pushed by President Recep Tayyip Erdoğan that will connect the Black Sea to the Marmara and Mediterranean seas through an artificial sea-level waterway bisecting the European side of İstanbul, according to the results of a public survey.

The survey, conducted by MetroPOLL, showed that 48.6 percent of the public are against Canal İstanbul, a longtime dream of Erdoğan that he dubs his “crazy” project.

Only 37.6 percent of respondents said they support the project, while 13.8 percent said they have no idea or no opinion.

The survey’s results come as Erdoğan on Saturday launched the start of construction on the controversial canal, which he and his ruling Justice and Development Party (AKP) say is aimed at easing congestion on the Bosporus but which critics say risks environmental disaster.

“Today we are opening a new page in the history of Turkish development,” Erdoğan said during the ceremony to lay the foundation for a bridge that’s part of the project.

With regards to support for the project among different party voters, the survey showed while 70.6 percent of AKP voters and 54.6 percent of Nationalist Movement Party (MHP), an ally of Erdoğan, are in favor of Canal İstanbul, only 8.7 percent of Republican People’s Party (CHP) supporters and 5.2 percent of Peoples’ Democratic Party (HDP) voters are in favor of it.

The 45 kilometer (28 mile) waterway will connect the Black Sea to global maritime networks, a strategically important issue at the heart of European geopolitics and conflicts for centuries.

Erdoğan’s detractors accuse him of insisting on a project that will lead Turkey to ecological disaster and debt as massive as it is unnecessary.