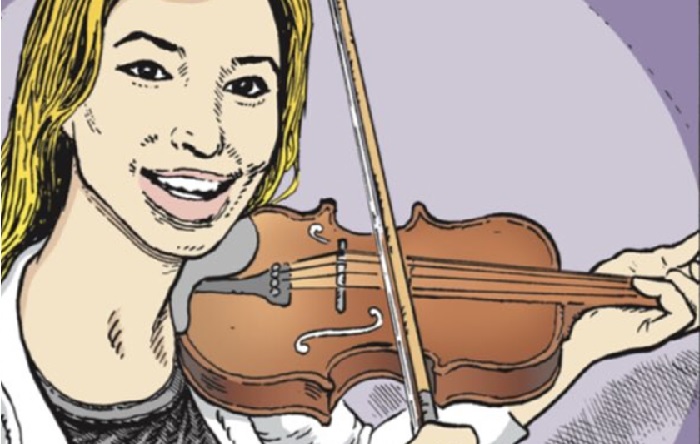 Turkish weekly satirical magazine Leman has portrayed Deniz Poyraz, a young woman who was killed in an attack on the pro-Kurdish Peoples’ Democratic Party (HDP) office in western Turkey last week, on the cover of its new issue, Turkish media reported on Thursday.

The magazine, known for its stance against the ruling Justice and Development Party (AKP) and President Recep Tayyip Erdoğan, depicted Poyraz as smiling while playing a violin on the cover of its 1,530th issue.

Beneath Poyraz’s likeness were lines from Turgut Uyar, a famous Turkish poet.

Poyraz, 38, was killed in an attack on the HDP office in İzmir last Thursday. The attack came at a time of increased pressure on the party, which is accused of links to the Kurdistan Workers’ Party (PKK), listed as a terrorist organization by Turkey, the EU and the US, as it faces a closure case on terrorism charges, and when hundreds of its politicians including two former co-chairs are behind bars on politically motivated charges.

Leader of Turkey’s far-right Nationalist Movement Party (MHP) Devlet Bahçeli had said Poyraz was a “terrorist” who was recruiting militants for the outlawed PKK.

“Let me tell you who the slain Deniz Poyraz is. She was responsible for the PKK’s rural activities, a militia collaborator who took part in efforts to transfer PKK sympathizers to terrorist camps. A militia collaborator means a terrorist who tries to recruit people who appear to be lonely and without a family in towns and cities and who aids and abets the heinous activities of the terrorist organization,” Bahçeli said at a meeting of his party last week.

It has emerged that Onur Gencer, 27, who admittedly killed Poyraz and is currently under arrest, posted photos on social media making an ultranationalist hand gesture associated with the Grey Wolves, a far-right paramilitary group with close ties to the MHP.

President Erdoğan and his ruling AKP as well as their election partner, the MHP, have long portrayed the HDP as the political front of the PKK. The party denies links to PKK and says it is working to achieve a peaceful solution to Turkey’s Kurdish problem and is only coming under attack because of its strong opposition to Erdoğan’s 18-year rule.