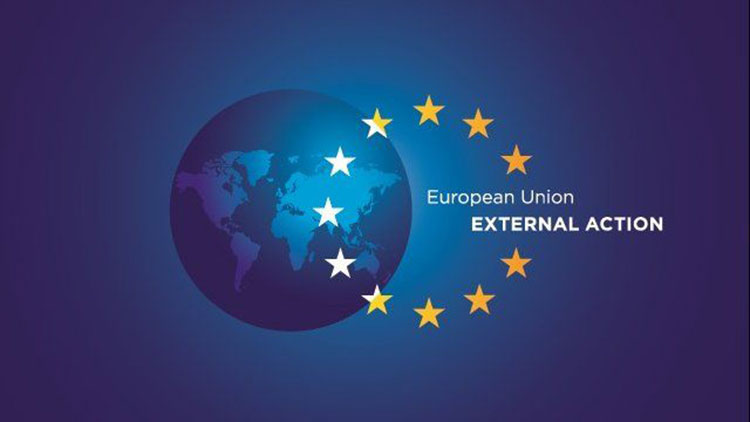 An annual report by the EU External Action Service (EEAS) on human rights and democracy in the world has revealed that the deterioration of human and fundamental rights in Turkey continued in 2020 while cases of torture and ill-treatment were reported during the year, the Stockholm Center for Freedom (SCF) reported.

“The deterioration of human and fundamental rights in Turkey, notably freedom of expression, freedom of assembly and freedom of association, continued in 2020,” the EEAS said, adding that “Credible allegations of torture and ill-treatment continued to be reported.”

According to the report published on June 21, civil society in the country came under continuous pressure and “their space to operate freely” diminished in 2020.

The EEAS is the EU’s diplomatic service and is headed by High Representative for Foreign Affairs and Security Policy/Vice-President of the European Commission (HR/VP) Josep Borrell.

“The rights of the most disadvantaged groups and of persons belonging to minorities need better protection. Gender-based violence, discrimination, hate speech against minorities, hate crime and violations of human rights of lesbian, gay, bisexual, transgender, and intersex (LGBTI) persons are still a matter of serious concern,” the EEAS report said.

In its 2020 Report on Turkey the European Commission, the executive branch of the European Union, earlier said serious backsliding in the respect for democratic standards, the rule of law and fundamental freedoms continued in Turkey in the absence of an effective checks and balances mechanism.

In 2020 EU diplomats in Ankara, according to the report, monitored the trials of human rights defenders as well as those of victims of human rights violations, organized high-level visits to the premises of media outlets and local NGOs to show support and solidarity, raised issues and cases such as the long pre-trial detention of journalists and human rights defenders, and urged Turkish authorities to address these cases.

“Restrictions imposed on, and surveillance of, the activities of journalists, writers, lawyers, academics, students, human rights defenders and critical voices on a broad scale have a negative effect on the exercise of these freedoms,” the report said.

The EEAS pointed out that EU officials regularly raise the deterioration of human rights in turkey in multilateral fora and that the EU’s diplomatic representatives to other international organizations including the Council of Europe (CoE), the UN and the Organization for Security and Co-operation in Europe (OSCE) expressed on multiple occasions in 2020 the EU’s concerns over the continued violations of human rights and fundamental freedoms in the country.

“In support of Turkey’s COVID-19 response, the EU has mobilised some EUR 105 million for the prevention and treatment of COVID-19, and the mitigation of its economic and social impact,” the EEAS said.

Turkey has been experiencing a deepening human rights crisis in recent years, and President Recep Tayyip Erdoğan, with the aim of consolidating his one-man rule, has been systematically undermining the fundamental pillars of Turkey’s already imperfect democracy.

According to the SCF’s annual report on the situation of human rights in Turkey, rising pressure on the Kurdish political movement, the crackdown on the Gülen movement, the arrest of journalists and deteriorating press freedom, the spread of hate speech and hate crimes targeting ethnic and religious minorities and refugees, systematic torture and ill-treatment and an increase in rights violations against women were the defining topics of the year.